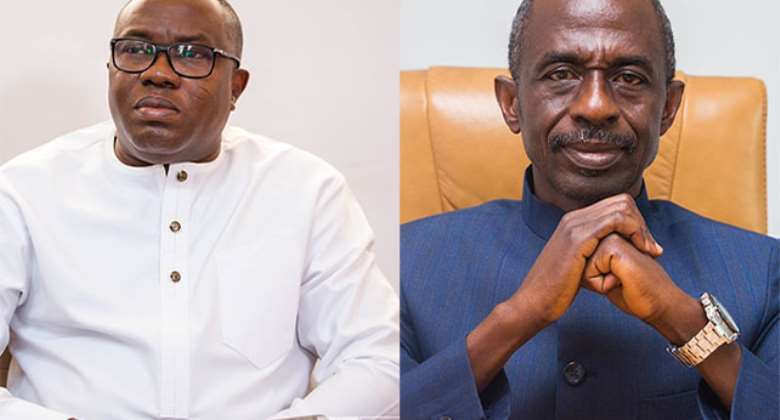 And it came to pass that the National Democratic Congress (NDC) did not have any concrete evidence to buttress their denial that they lost the 2020 general elections.

Unprompted remarks by some of their leading personalities point unambiguously to that and it hurts to think that persons who have ever held positions of leadership of this country would condescend to such moral abyss of lying to the courts and by extension to the nation.

Not all the political parties have the nation at heart their obsession of coming to power therefore driven by parochial and individual factors a sad reality.

They lie to their adherents in broad daylight knowing in their heart of hearts that they are not being truthful.

A couple of days ago, social media was awash with revelations about how the Supreme Court appearance of the NDC was nothing but a deliberate attempt at throwing dust into the eyes of the good people of this country for which the opposition party, were their leaders a responsible lot, would not have waited to be prompted to express remorse for their shameful act.

A critical institution in the democracy chain, the Electoral Commission (EC), was deliberately targeted for integrity destruction. As it is in matters of propaganda and lies of which the opposition party is an expert at, the truth shall always triumph.

The EC, the midwife of the nation's political leadership, rather than being spared the scathing integrity attack as launched by the NDC, thankfully proved its moral uprightness when their lawyers mounted the dock. Today, the commission is being hailed for being an epitome of moral excellence in both local and foreign circles.

Let the NDC revise their operational notes so that respectability and sincerity would become two key attributes of the party's being. Emerging and leaked details suggest that the party lacks the moral right to even want to lead this country any longer under the current crop of leaders.

The deceit about a baseless feeling of an electoral victory which was fed the party followers, hook, line and sinker, could have sent this country to the precipice. Those who should be blamed for the near national security challenge the electoral liars were engendering, would rather they are considered the country's leadership even in the face of the deceit and disregard for the national interest.

Those who lie and undertake a systemic running down of state institutions such as the EC and the judiciary, of course, should not be considered for the leadership of this beautiful country. Now we understand more than ever before, why the NDC mounted a campaign of running down the judiciary, the nonsense following in the heels of an earlier one on the EC.

A Ghana with NDC as part of the political architecture is worrisome.

India's sinking hill town, a casualty of the warming Himalay...
32 minutes ago