NPP Is A Terrorist Party – Secretary 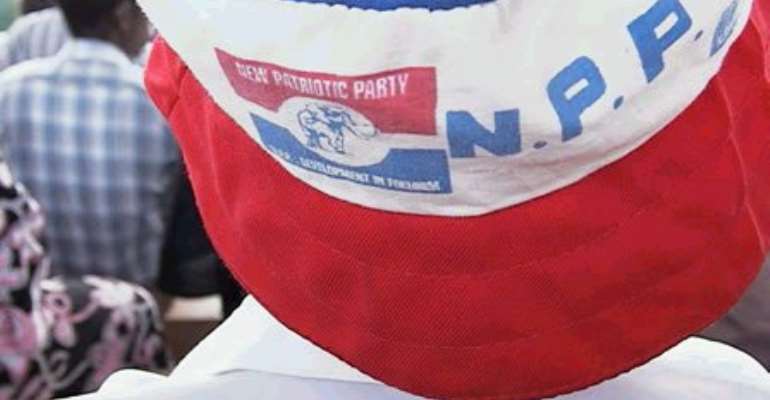 It appears the dirty politicking and bickering that are associated with presidential races have started rearing their ugly heads in the ruling party perhaps earlier than expected.This clearly became evident when one of the big wigs of the New Patriotic Party (NPP) in the Volta Region, Emmanuel Ashiagbor, claimed in an interview that his Party, formed by great minds and personalities,

has suddenly turned to a terrorist party, and has urged President Kufuor to be wary of the development.He also asserted that President John Agyekum Kufuor is surrounded by liars, who do not present the true picture of activities within the party to the him.

Mr. Ashiagbor, who is the Keta constituency secretary of the party, even went further to claim that the activities of a these liars and hypocrites are tearing the NPP apart in the Volta Region, which is regarded as the NDC's 'World Bank”.Highly charged and enraged Ashiagbor who was speaking in an interview with Radio Gold last Friday mentioned presidential aide, Tommy Amematekpor and the NPP regional chairman of the region, Ken Nuworsu, as the main liars who are feeding the President with wrong information about the region and has even dared the two to challenge him.

Mr. Ashiagbor's effusions were provoked by reports that one of the aspiring presidential candidates and former press secretary to the president, Kwabena Agyapong told some delegates that the President always refused to take his advise when he was press secretary to him at the Castle.

According to him, the only motive of such lies is to destroy the campaign of Kwabena Agyapong and nothing else. He however warned that their evil machinations will never see the light of day. Dropping more bombshells, Mr. Ashiagbor warned that the party stands a great chance of losing the 2008 general elections if it does not do ay with the acts of deceit, lies, double standards and misrepresentations of facts to President John Agyekum Kufuor.