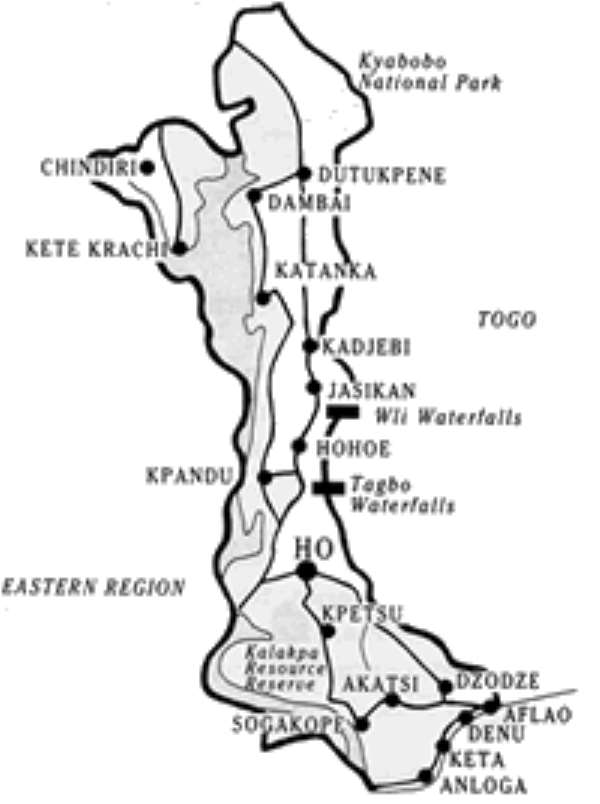 Reacting to a publication carried on the front page dated Tuesday, November 21, 2006, the 15 DCEs stated that "At no time in history of the Volta Region have we been as well placed and given good leaders as we are today to take decisions and positive steps that will transform the region and Ghana as a whole into what God has destined it to be."

The DCEs cautioned those who pretend to be sympathizers of the New Patriotic Party (NPP) and go around to peddle lies with the intention of bringing the political administration of the Volta Region into disrepute must desist fro doing so."

In an exclusive interview with The Independent at Ho, the DCEs further charged critics who claim "we are not doing enough for the advancement of the NPP in the region to be objective with their statements to help build a united region to enable peace to prevail."

They said among the good people of Ghana, there are cynics and pessimists whose beliefs are unduly sentimental and have the sole goal portraying the NPPs situation in the Volta Region as close to nothing.

On the accusation of the illegal award of contracts to NPP Assembly members and also taking monies from them before the award of those contracts, the DCEs challenged "those making such allegations to come out openly and mention the names of such NPP Assembly members who benefited and the places where these development projects given out for personal political gains are situated."

The DCEs were disheartened, because as they said, the opposite of the lies being bandied about is the situation on the ground.

"The NPP after only six years under President Kufuor's leadership has been able to deal with distrust of authority and leadership built in this country, let the good people of this country down for nearly two decades," the DCEs said adding, The NPP has been abele to restore the trust in the national leadership."

They therefore advised their colleague DCEs across the country to fully accept the weight of responsibility placed on their shoulders by the confidence reposed in them by President Kufuor and for that matter Ghanaians and work hard for the benefit of their districts and the nation as a whole.

They reminded those who continue to be skeptical about the future of the Volta Region and for that matter Ghana that, it is they, who through their speeches and actions, must add the part that would make a world of difference.

The DCEs also advices all critics to-in their own small way- do what they could do to help the efforts at improving the lives of our people and fight corruption in the country.

We have raised in the minds of many people here a dilemma as to how we were able to handle and raise our various districts with job creation, improved health care and agriculture, better justice and security, increased revenue and accountability, they claimed.

We are therefore blazing the trial of modern local governance to leave valuable legacies of development, and surely, the NPP would make an immense impact in the Volta Region come Election 2008, they concluded.