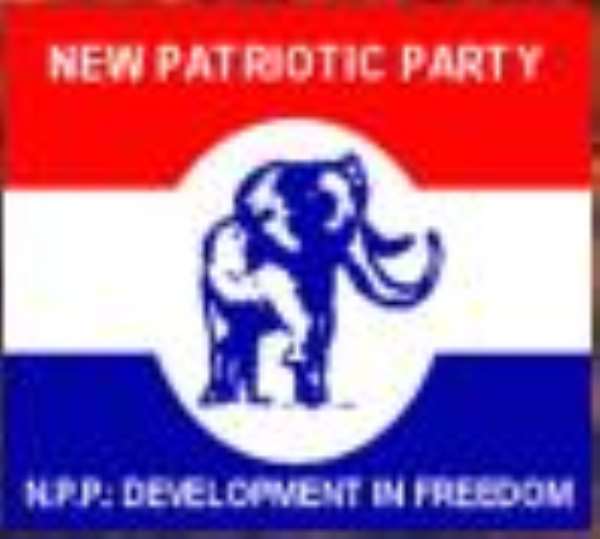 The leadership of the New Patriotic Party (NPP) is sounding messages of caution to its rank and file about the consequences of losing power to its bitterest rivals, the National Democratic Congress (NDC).

Having in mind threats of revenge by some key figures of the main opposition party, NDC, including former president Jerry John Rawlings, should they come back to power after the 2008 general elections, the leaders last Saturday sent strong warnings to party members to be wary of dangers and the sufferings that they would be subjected to, under an NDC government if they allowed internal fracas, bickering, complacency, disunity among others to undermine party unity.

The party kingpins, who did not mince words, repetitively drummed into the ears of the party members to hold on firmly to party unity, as a means of avoiding catastrophe that could befall them if the party continued to experience apathy, grumbling and complaints.

Though, very certain and optimistic that winning the 2008 elections was clearly written in 'diamond' on every wall, they warned that the consequences that awaits the members would be unbearable, if political power slips from them to the NDC.

According to them, the NPP members would not only be forced out of the queue into government, but also the queues would be closed, hence the need to close ranks in the interest of the party.

"If we are not careful and we allow the power to slip from our hands into the NDC, we have ourselves to blame. Heaven helps those who help themselves and it is said that 'united we stand, divided we fall'. Teeth and tongue fight but they are always close".

"If we play the 'fool' and the NDC comes back to power, none of us would benefit. You would be forced out of the queue and they would shut it. It is therefore better for us to do our best to ensure that NPP hands over power to NPP", these were the sentiments expressed by Mr Jake Otanka Obetsebi-Lamptey, former national campaign manager of the NPP and now, Minister of Tourism and Diaspora Relations, Rt. Hon Peter Ala Adjetey, former Speaker of Parliament and current Chairman for Constitutional and Legal Affairs of the party, Sheikh. Ibrahim Cudjoe Quaye, Greater Accra Regional Minister, Alhaji Maiga, National Chairman of Nasara Club, an affiliate body of the NPP and others.

The party officials made these serious remarks at the party's regional conference on Saturday at the Teachers' Hall in Accra and ended it with a rally at Abeka-Lapaz also in Accra.

Mr Obetsebi Lamptey, who sounded more than a preacher of the Gospel, started his address showing an empty Voltic water bottle to illustrate a dried up economy before the NPP assumed the governance of the nation, and again lifted a half-filled bottle to illustrate partially grown economy.

He thus urged the party members in attendance to dance in the hope that all would soon be well with everybody within the party.

According to Jake, party members would live to regret if they continued to lament that they have been neglected, coupled with divisions and refusal to work very hard.

"We would live to regret if power slips from our hands. The evidence is there for all of us to see. I am pleading with the leadership of the party in the region to solve all the differences in chambers. Let us have faith that everything would be well", he cautioned.

He noted that nobody goes to church where the pastor or Imam does not believe in God or Allah. "It is vital for us to note that we the pastors and Imams of this party, re-affirmed our commitment in what we are doing. We must have faith in whatever we are doing. Nobody can defeat the NPP. "It is only the NPP that can defeat itself if we continue to complain and lose faith".

"Who in the world would go to a church or mosque where the pastor or the Imam does not believe in God", he asked and averred, "Don't throw out the bath water with the baby".

The former national campaign manager, who is rumoured to be nursing a presidential ambition, deflated the allegations that the NPP has created hardships in the nation. He noted that it was the NDC that created the vacuum that the NPP has been filling.

He called on the party members to exercise patience until the government completes the seven-storey building, which everybody would benefit from.

The former Speaker, Mr Adjetey, also sounded a similar caution to the party members at the rally.

He said the party has itself to blame if division and disunity takes dominion over party's supreme interest.

Mr Adjetey, now chairman of constitutional and Legal Affairs Committee of the NPP, told the gathering that the NPP is retaining the seat in 2008 if and only if hard work and the good government policies are communicated to party members across the length and breadth of this nation.

He called on party members to strive for unity, commitment and dedication and above all team-work to ensure a resounding victory for the party.

Hon. Hackman Owusu-Agyeman, the Minister for Water Resources, Works and Housing, charged the party leadership to go out with a convincing spirit that the party is moving ahead to win the next election.

According to him, under the able leadership of Mr Kufuor, the security of the nation is on course and there was no way that anybody can think or dream of destabilizing it.