University of Ghana Excels in '419" Business? 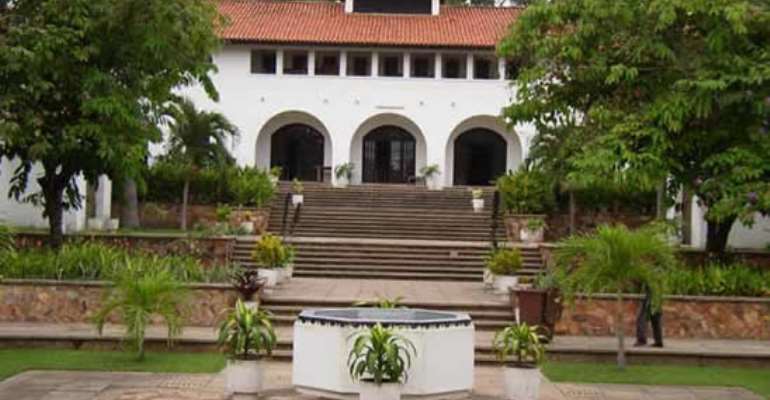 What started as small scale criminal enterprises among Nigerians in Ghana at various internet café's has now metamorphosised into a rampaging devil eating into the fabric of University students with University of Ghana becoming the latest hub.

Operators of the Advance Fee Fraud (419) scam have now moved their operations to the premier University of Ghana, Legon, as the hub of their fraudulent activities where they lure unsuspecting victims to. They are said to be in strong connivance with some students and are duping unsuspecting members of the public of huge sums of money. The Enquirer went on their trail recently and found that most of the fraudsters are of foreign origin, especially Nigerians.

It came out that those involved in the scam are lodging in various halls of residence of the university and often use the rooms as their offices.

Latest to fall prey to the fraudsters and their student accomplices are two South African nationals who were in the country for gold transaction.

The two, Ian Peterson, a businessman and Reginald Mowaz, who came into the country from neighboring Togo on October 25, this year.

Upon arrival, the two went to the On The Run amusement centre on the Legon-Madina road where they met two Nigerians and a Ghanaian who claimed to be students of Legon.

On hearing the mission of the South Africans, the two Nigerians, Gideon Ikperu and Michael Nkwe, arranged a meeting at the same venue the following day.

The Enquirer gathered that the Ghanaian, Eric Konadu Antwi, joined the meeting and promised the South Africans that he had a company by name Miluk Ventures which was capable of liaising with the Precious Minerals Marketing Company (PMMC) to get them the gold.

With documentary evidence of a registered company, Peterson and Mowaz became convinced, and were lured into a room at Legon Hall by the 419 men. There, the South Africans parted with $149,000, after which they went back to the On The Run for drinks to seal the deal.

That was the last time the South Africans set eyes on the two Nigerians and their Ghanaian counterpart. All efforts to trace them have proved futile, it later came out that they had been swindled.

The Enquirer's painstaking investigations proved that Legon campus is also virtually becoming visa acquisition centre. With the introduction of the US visa lottery for the year, the place is boiling with the activities of “connection men.”

A visit to the campus by the Enquirer revealed that banners were flying all over the place directing prospective travelers where “cheaper and quality' services are available.

A highly placed source at the university confirmed the presence of the 419 men on the campus. It said the incident involving the South Africans was just one of the numerous cases.