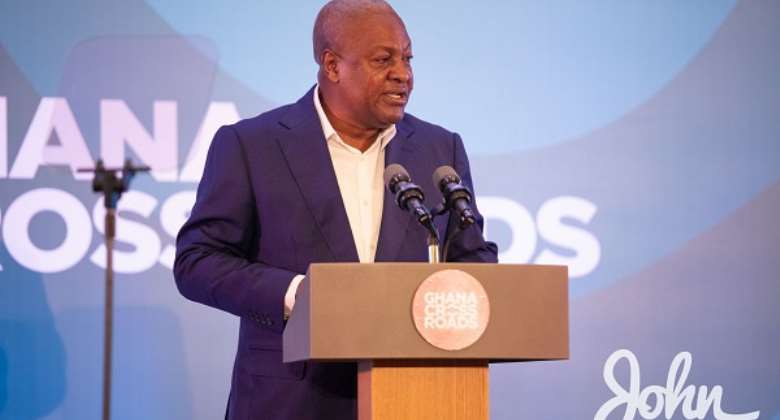 Former Ghana President, John Dramani Mahama has explained why some ministries and their ministers are not performing well in the current government.

According to him, what is happening now is that some staff of the underperforming ministries is not giving their best because they know their ministers are untouchable.

Speaking on Akufo-Addo's refusal to reshuffle his appointees, John Dramani Mahama said “Sometimes you take decisions to move people because you don’t want them to create kingdoms in the Ministries in which they are,”

“When the staff of the ministry or the agency know that this person is untouchable then it does not bring out the best in them…and that is what is happening today,” the former President added.

The leading member of the National Democratic Congress shared this on Friday, December 9, while speaking at a seminar at the Academic City University College.

John Dramani Mahama in his address revealed that when he was President he lost best friends just because he occasionally reshuffled his appointees.

“In my time, I reshuffled some ministers and I know they were not very pleased. Of course, nobody is pleased when you drop them from office and so there are few of them who are not my best friends anymore because I dropped them from office,” he said.

Nonetheless, the former President insists that reshuffling in any government is important to put ministers and appointees on their toes to constantly give their best to help the country.

Deadline for debt exchange programme may be extended again –...
48 minutes ago