Be Wary Of Cheap Online Degrees 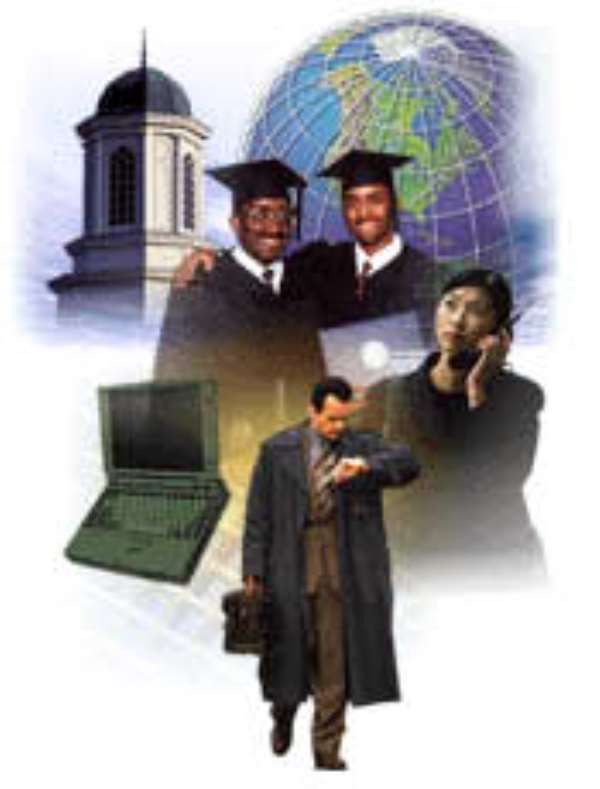 The National Accreditation Board (NAB) has cautioned Ghanaians against subscribing to cheap degrees offered online.

It said such offers included diplomas, first, masters and doctoral degrees within two or three weeks after payment of a fee.

The Executive Secretary of the NAB, Mr Kwame Dattey, said in an interview that such degrees were of no value, since the degrees were not recognised even in their countries of origin.

He explained that in every country, there was a supervisory or independent accreditation and auditing body which evaluated not only the certificates but the institutions providing them as well.

Mr Dattey recalled that recently an institution in the United States of America submitted the certificate of a lady, who claimed to possess a Bachelor of Science degree in Biochemistry issued by the Kumasi Workers College for verification by the board.

He said the certificate was established to be fake, since the Kumasi Workers College was under the Institute of Adult Education of the University of Ghana, Legon, which stated that the college did not issue certificates.

According to Mr Dattey, whether the certificate was a professional one or academic, it was audited.
He added that the board also did its own investigations with the help of its counterparts in other countries.

Mr Dattey said there were legalised institutions to authorise the issuance of certificates by any body or organisation.

He stated that in the case of professional bodies such as the Nurses and Midwives Council, Medical and Dental Council and the Institute of Chartered Accountants, there was a legislation backing their certificates.

He noted, for instance, that the Chartered Institute of Marketing, Ghana, affiliated to the United Kingdom's branch, had submitted a draft legislation to the Attorney-General's Department for study and enactment by Parliament to enable it to issue its own certificates locally.

Mr Dattey said if any organisation or professional body wanted to localise its professional certificates, then it must seek legal backing for the exercise.

Meanwhile, the NAB will today meet representatives of the Valley View University over concerns raised by students about the manner in which the university is being governed.

The board has written to the university authorities to respond officially to the concerns raised by the students.

Mr Dattey confirmed in an interview that the meeting became necessary following the concerns raised by the students during the institutional visit to the university on November 7, 2006.

The Commonwealth Human Rights Initiative (CHRI) has also threatened to drag the university to the Commission on Human Rights and Administrative Justice (CHRAJ) if the university fails to amend its rules and regulations to be in conformity with the freedoms enshrined in the 1992 Constitution.

A statement issued by CHRI said the actions of the university authorities and its regulations violated clauses in both the Constitution and the Education Act, 1961.

It said the concept of academic and religious freedom was well established in Ghana and was protected under Chapter 5 of the 1992 Constitution.

The CHRI explained that Article 2 (c) of the Constitution stated that everyone was free to “practise any religion and to manifest such practice”.

The statement said the forbidding of the wearing of all forms of jewellery by the university authorities meant that Christians, for instance, could not manifest their religion by wearing a cross.

The Daily Graphic reported in its November 8, 2006 edition that students of the university had expressed concern about the running of the university along the beliefs of the Seventh-Day Adventist (SDA) Church.

The Valley View University Students Association responded to the concerns by asking students who felt uncomfortable with the stringent rules and regulations of the university to opt out of it.