Job Recruits To Qatar Have Not Been Left To Their Fate 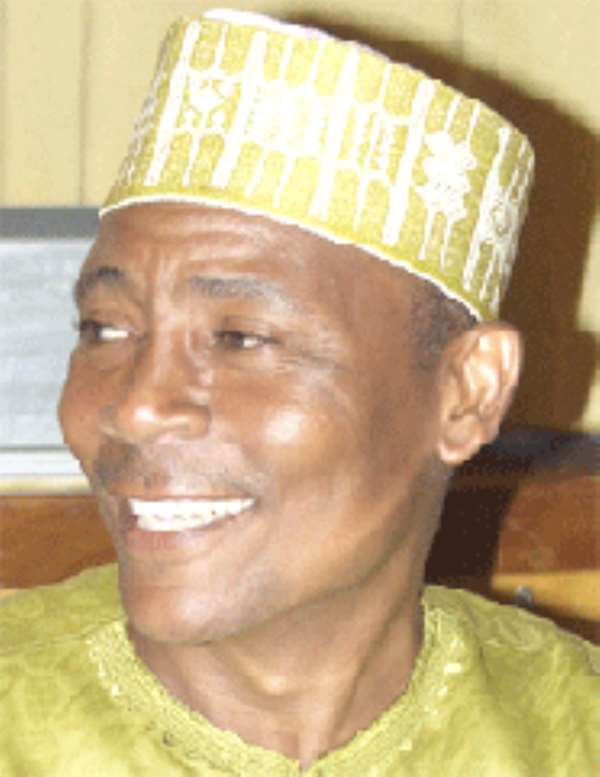 The consultancy company that is at the centre of a recruitment exercise of Ghanaian workers to Qatar on Wednesday gave the assurance that they have not been left to their fate in the Middle East country.In a statement issued in Accra in reaction to uproar by workers who are in the Qatari capital, Doha, Rahman Consultancy said their salaries would be settled by the end of Wednesday.

"...We wish to state that the challenges are just initial setbacks that they were fully made of before their travel. These challenges are no different from what pertains in other countries where migrant workers travel to," it said. The company said it was acknowledging media reports about difficulties being encountered by successful applicants to its international recruitment exercise for the Qatari-based Al-Jaber group.

"Much as we empathize with our fellow countrymen, we would want to assure them as well as the general public that they have not been left to their fate as they are alleging," the statement released by Mr Abubakar Abdul-Rahman, Managing Director of Rahman Consultancy, said.

The statement said the consultancy did not take for granted the reputation of the Al-Jaber Group, one of the biggest corporate entities in the Middle East, and it would not allow that reputation to be dented. The company said the workers were told that the staples in Qatar were rice, bread and vegetables even though there were plans to contract a Ghanaian caterer to provide them some Ghanaian dishes. It said the suggestions that they had not been paid for the last three months could not be true since the first batch left Ghana on September 20.

"Also, their passports were taken from them only to allow their current employers to regularize their status in the country so they could enjoy the numerous benefits available to others."

The Ministry of Manpower, Youth and Employment will send a team to Doha, Qatar, next week to ascertain the conditions under which Ghanaians who were recently recruited to work in that country are living.

The Minister of Manpower, Youth and Employment, Alhaji Boniface Abubakar Saddique, stated this at a meeting with officials of the ministry and Rahman Consultancy, the recruiting firm, in Accra yesterday over recent statements made by some of the individuals recruited to work in Qatar on some local radio stations.

He assured the public that the necessary investigations would be carried out on their living conditions and the necessary action taken.

"The government will not trade off its citizens to a foreign country to suffer. It has a lot of goodwill and will not damage that goodwill," he added.

Also present at the meeting was the Deputy Minister of Manpower, Youth and Employment, Dr Charles Brimpong-Yeboah, the Director of Policy Planning, Monitoring and Evaluation, Dr Okoampah Archer, and the acting Director of the Middle East and Asia Bureau of the Ministry of Foreign Affairs, Regional Co-operation and NEPAD, Mr Christian Baeta.

In various interviews, some of those recruited to work in Qatar alleged that they had been left to their fate since they arrived in that country three months ago, the quality of the food they were given was bad and that they were not being paid.

They also alleged that their passports had been taken from them by their employers. The minister disputed the claim by the youth that they had been in Doha for three months, saying the first batch left Ghana on September 20, 2006 and indicated that that statement was false.

He said due diligence was done with regard to the credibility of Al-Jabar, the Qatari company, and its local partners, Rahman Consultancy, before the youth enplaned to Qatar.

He said the ministry attached a lot of importance to the programme, since it was in line with the government's youth employment policy, and said because of that the interview and selection panel was made up of officials from the Ministry of Foreign Affairs, the Ghana Immigration Service, National Security, the Ministry of the Interior, the Labour Department, Rahman Ventures and officials of Al-Jabar.

He said the ministry gave clearance for the recruitment because all the background checks had been conducted.

Explaining why the passports of the youth had been taken, Alhaji Abdul-Rahman Abubakar, the Managing Director of Rahman Consultancy Ltd, said it was because their employers needed to prepare resident permits for them with information on the passports.

He said currently, the employers in Qatar were working to put the names of the youth on the payroll and that until that was done, they would only receive allowances.

He added that it could take about three months before the process of listing them on the payroll would be concluded.
At that juncture, the minister questioned Alhaji Abubakar why he had not made it clear to the youth that there would be a probation period, to which Alhaji Abubakar replied that he had stated that in clear terms to them.

"We told them all these. We told them it would take them about three months to settle," he added.

He also refuted the allegation by the youth that they were being fed only on rice, soft drinks and bread, adding that since they were receiving allowances, they could eat whatever they liked.

Dr Brimpong-Yeboah said nobody in the ministry had the intention of putting Ghanaians in danger.

"We are doing what, in our opinion, is good for Ghana," he said, and added that in The Philippines, for example, labour export was the second highest foreign exchange earner.