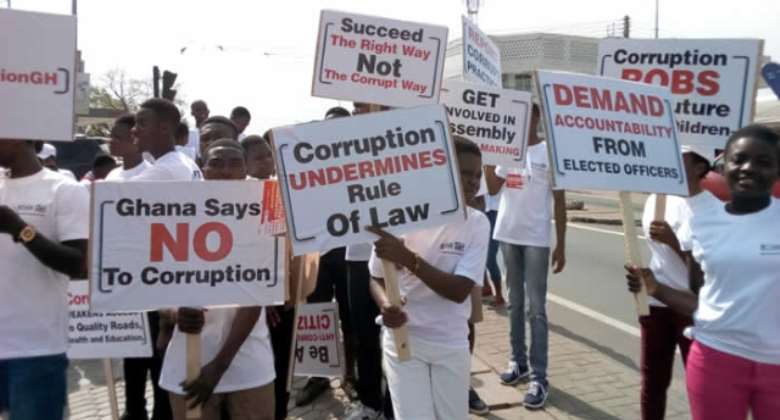 Corruption Watch Ghana is calling for a collective effort to fight corruption in the country on the occasion of the celebration of the 2022 International Anti-Corruption Day.

International Anti-Corruption Day is observed every year on December 9, since the passage of the United Nations Convention Against Corruption on October 31, 2003, to raise public awareness for anti-corruption.

In a release issued to mark the day, Corruption Watch Ghana has stressed that Political leaders on all sides of the political divide must unite and make a conscious effort to frontally deal with corruption.

“We urge parliament to conclude and release its report on the bipartisan investigation conducted into the procurement of covid-19 vaccines by the Ministry of Health.

“Political leaders must come together to deal with the issue of campaign finance and work at reducing the influence of money in our politics to arrest the deepening phenomenon of State capture by elite individuals including powerful politicians,” parts of a release by Corruption Watch Ghana have said.

“Corruption Watch Ghana is appealing to all institutional and non-institutional actors to join in and help the fight against corruption in the country.