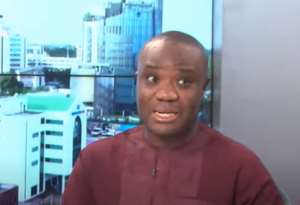 In a post on social media, the aide to former President John Dramani Mahama said he has no doubt the Vice President will pop up soon to weave a ridiculous yarn around the subject and catapult himself into national derision.

“As usual, Bawumia has fled the economic discourse in the wake of the atrocious haircuts his mismanagement of the economy has led to.

“He will emerge soon enough to weave a ridiculous yarn around the subject and catapult himself into national derision and ridicule,” Felix Kwakye Ofosu said in a post on Facebook.

In an earlier post, Felix Kwakye Ofosu also criticised President Nana Addo Dankwa Akufo-Addo on how he has governed the country in the last six years.

According to him, the President has failed and has set the country back several years.

“The Akufo-Addo experiment has been extremely costly for our nation. He has set us back by several years with his astonishingly bad governance,” Kwakye Ofosu noted.