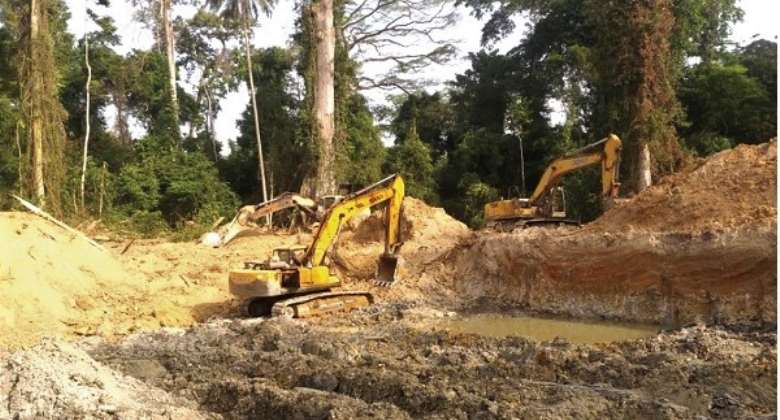 Eco-Conscious Citizens have been informed by concerned citizens of Atwima Mponua and have seen footage indicating that illegal mining is blatantly taking place on the Ofin river in the Atwima Mponua District.

This is serious, as the poisoning of our water bodies with chemicals used in mining raises health as well as water security concerns.

Unfortunately, according to the concerned citizens, the DCE Hon. Kofi Margo, the Assemblyman in the electoral area Mr Opooman Kotokuom, and the Chief, Nana Boah, are not dealing with the illegal miners.

According to our sources, they rather caused the arrest of gallant community members who were following the President's directive to be active citizens and not spectators and were protecting the environment. Community advocate Charles Owusu was arrested on 7th December and detained at Nkawie police station.

We call on the IGP to cause an investigation to be conducted into why Owusu, and not the illegal miners, is in police custody.

This apparent condoning and abetting of illegal mining by legal authority undermines the confidence we place in the government's commitment to fighting illegal mining. We therefore call on the Minister of Lands and Natural Resources Hon. Samuel Janipor to take urgent action to deal with illegal mining on the Ofin river and ensure that the illegal miners are arrested, and the mining activities are halted.

Speedy and decisive action on this illegal mining activity will demonstrate the commitment of the government to fighting galamsey, but a failure to act will send the opposite message.

The ongoing illegal mining presents a clear and present danger to the health of residents and the country as a whole. It must not be allowed to continue.