African debt: how to break unequal relationships in financing deals

By Danny Bradlow - The Conversation
Article 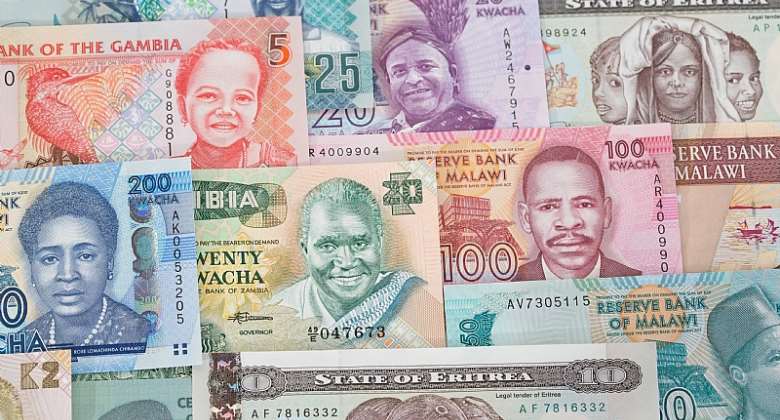 Africa is facing some impossibly difficult choices when it comes to financing its development. Countries need hundreds of billions of dollars each year to meet their climate, poverty, unemployment and inequality challenges. They cannot meet these needs only from their own resources, grants and concessional sources. They will have to tap international capital markets.

But these private sources are expensive and difficult for African countries to access and manage.

Some countries already face challenges servicing their Eurobonds. They face the prospect of having to restructure them. Egypt, Ethiopia, Ghana, Kenya and Tunisia are in this position.

Unfortunately, the current restructuring process is time consuming, complex and unlikely to produce an optimal outcome. For example, Zambia defaulted on three Eurobonds in late 2020 and has still not reached an agreement with its creditors.

Flaws in the current system

Unlike the case of corporate bankruptcies, there are no courts that can compel the creditors to seek a balanced and expeditious resolution to the sovereign's debt problems.

Instead, bondholder participation in the restructuring is voluntary. This essentially places the sovereign debtor in the position of a supplicant appealing to the kindness of its creditors. The bondholders are likely to show such “kindness” only if they think they can get more money out of the debtor by restructuring the bonds, than by enforcing their contractual right to payment.

The strong bargaining position of bondholders is further enhanced by legal arguments about their limited space for compromise. For example, they maintain that they are constrained by their responsibilities to their own creditors. They note that they, themselves, are debtors and are counting on the payments from the sovereign to meet their own obligations to their creditors.

In addition, bondholders argue that they have fiduciary responsibilities to these parties, which include the individuals who have placed their savings for their retirements, their children's education or to buy a home with the institutions that buy the bonds of African countries. Moreover, they can rely on the usually unspoken but ever-present threat to resort to litigation in the event the parties cannot reach agreement.

The negotiating process further favours the bondholders because it treats the debt contracts in isolation from all the other obligations and responsibilities of the debtor. There is no space to explicitly address the obligations that the sovereign has to its own citizens under its constitutional and legal order, and its international treaties.

African debtors and their supporters need to change the dynamics of these debtor-creditor discussions.

They need to create a conceptual framework that is based on existing international norms and standards that are widely accepted by creditors and debtors. The framework can be used to push the creditors to be more open to innovative approaches to debt restructuring.

This should help the parties reach a restructuring agreement that balances the interests, rights and obligations of all the participants in the negotiations and all the parties that are affected by the sovereign debt situation.

Such a framework exists. The DOVE (Debts of Vulnerable Economies) Fund Principles offer a conceptual framework for sovereign debt restructuring that is balanced and respectful of the rights, obligations and responsibilities of all the stakeholders in African debt.

The mechanics of a new system

The DOVE Fund Principles are:

Credibility: all parties have confidence in the process.

Good faith: there is a clear intent to reach an agreement that respects all the rights, obligations and responsibilities of the negotiating parties.

Inclusiveness: all creditors can participate and all affected parties can access sufficient information to understand how the situation will affect them.

Effectiveness: the negotiations lead to a timely and efficient agreement that does not unduly burden or undermine the sovereign's sustainable and inclusive development process.

Optimal outcome: the agreement reached by the negotiating parties is the best possible mix of economic, financial, environmental, social and human rights benefits for all parties.

The sovereign debt restructuring process affords the negotiating and affected parties access to the information that they need to make informed decisions.

The sovereign debtor and its creditors should each undertake appropriate due diligence before concluding a sovereign debt restructuring process.

Before concluding any agreement the negotiating parties should explain why they expect it to result in an optimal outcome.

The restructuring process should ensure that all the sovereign borrower's creditors make a comparable contribution to restructuring its debt.

The burdens of the restructuring should be distributed fairly and shouldn't impose undue costs on any of the affected parties.

The restructuring agreement, to the greatest extent possible, should be designed to facilitate future market access for the borrower.

Danny Bradlow's SARCHI Chair is funded by the National Research Foundation. He also received a grant from the Open Society Initiative of Southern Africa (OSISA) to support his work on the DOVE Fund and DOVE Fund Principles.