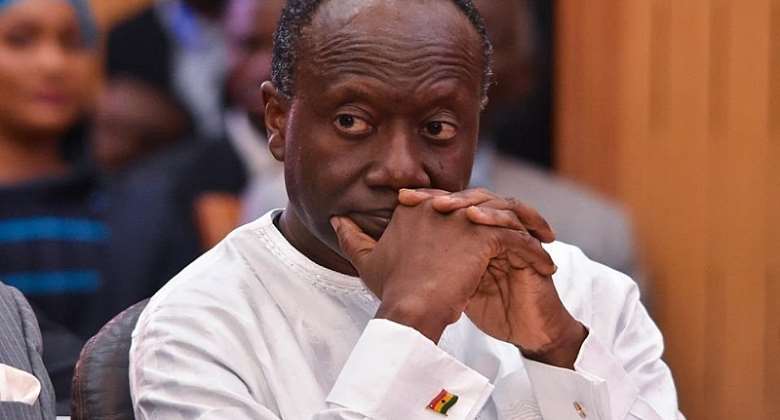 He said the Minister of Finance asked for adequate information and evidence backing the allegations against him, however, “the Committee in the circumstance sacrificed justice and due process on the altar of expediency and convenience”.

The Attorney General stated this on the Floor of Parliament when he delivered his opinion statement to the House during the debate on the Censure Motion, which was brought against the Minister of Finance by the National Democratic Congress (NDC) Minority Caucus, alleging mismanagement of the nation's economy.

The Attorney General said the respondent made a request in the exercise of his right to a fair hearing guaranteed by the Constitution.

He said in the circumstances and in the interest of fair hearing and justice, it was agreed with the Counsel for the Minister of Finance that the transcripts relating to the submissions by the proponents of the Motion be made available to the Minister instead of formal particulars for each of the grounds contained in the motion.

“Mr Speaker, this is where the Committee with all due respect got it grossly wrong. The Committee in the circumstance sacrificed justice and due process on the altar of expediency and convenience and that is unconstitutional and renders the whole exercise a nullity,” Mr Yeboah Dame stated.

Mr Yeboah Dame said right from the inception of the process, there was an obvious violation of due process against the Minister of Finance.

The seven grounds of the motion include despicable conflict of interest alleging that Mr Ofori-Atta directly benefitted from Ghana’s econonic woes as his companies received commissions and other unethical contractual advantage, particularly from Ghana’s debt overhang.

Ground Two alleged the unconstitutional withdrawal from the Consolidated Fund in blatant contravention of Article 178 of the 1992 Constitution, supposedly for the construction of the National Cathedral.

Ground Three alleged the illegal payment of oil revenues into offshore accounts in flagrant violation of Article 176 of the 1992 Constitution.

Ground Four alleged deliberate and disreporting of economic data to Parliament, whereas Ground Five alleged fiscal recklessness leading to the crash of the Ghana cedi, which at a time became the worst performing currency in the world.

Ground Six alleged alarming incompetence and frightening ineptitude resulting in the collapse of Ghana economy and an excruciating cost of living crisis; while Ground Seven accused the Minister of gross mismanagement of the Ghanaian economy, which had occasioned untold and unprecedented hardship.

Following an objection on Ground One by the Finance Minister’s lawyer that the issue of conflict of interest was beyond the purview of Parliament, the adhoc Committee, which held a public hearing on the motion, decided to refer it the plenary for consideration.

With regard to Ground Three, the Committee after hearing testimonies from the Ghana National Petroleum Corporation (GNPC) and the Public Interest and Accountability Committee (PIAC) decided there was no need for the Minister to respond to the issue and that they would submit a written report on it to the plenary.

Mr Ofori-Atta denied wrongdoing in all the cases, saying the Covid-19 pandemic, Russia-Ukraine War, high price of crude oil on the world market and other external factors were to blame for the state of Ghana's economy.

He said the NDC Government in 2015 sent Ghana for an IMF bailout even though the Government was not confronted with some of the prevailing external circumstances.

Minority Leader Haruna Iddrisu accused the Attorney-General of sharing a partisan opinion rather than one that reflected his status the Justice Minister for all.

Meanwhile, the Minority lost the vote of censure motion against him.

The 136 members voted, en bloc, in a secret ballot to censure the Finance Minister but this failed to meet the constitutional threshold of two-thirds (183) of the 275 Member Parliament.

At the end of the debate, Mr Osei Kyei-Mensah-Bonsu, the New Patriotic Party (NPP) Majority Leader declared that their side were washing their hands off the Censure Motion and led them to walk out of the Chamber.

The motion was moved by Mr Haruna Iddrisu.
GNA