Debt restructuring: We won’t sit aloof for a gov’t that has impoverished us now, to do same to our future – Prof. Gyamp 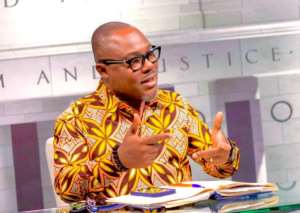 Political Science Lecturer at the University of Ghana, Legon, Prof. Ransford Gyampo is advocating for resistance against haircuts on investments.

Under the Debt Exchange Programme announced by the Finance Minister, domestic bondholders will be asked to exchange their instruments for new ones. Existing domestic bonds as of 1st December 2022 will be exchanged for a set of four new bonds maturing in 2027, 2029, 2032, and 2037.

Although there had been assurances that there will be no haircuts on Ghanaians to lose parts of their investments, there are already complaints of the same being done.

In a statement, Prof. Ransford Gyampo has indicated that Ghanaians must not sit and watch for government to impoverish their future when it has already made them poor now.

“But why should the threat of haircuts for the investment of the poor worker be an issue? We won’t sit aloof and allow a government that has impoverished us now, to also impoverish our future. Labor would mobilize against this,” Prof. Gyampo said.