Debt exchange: Akufo-Addo and his ministers must cut their hair first — TUC 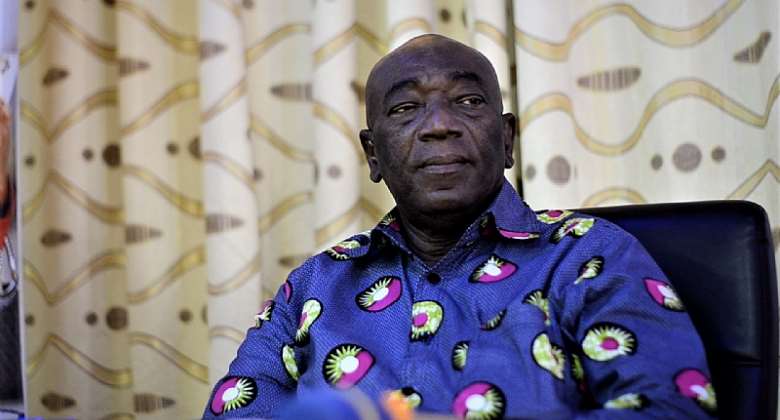 The Deputy General Secretary of the Trade Union Congress (TUC), Joshua Ansah has asked President to downsize his government and save the country some money to ease the pressure on the ailing economy.

He cautions government not to dare touch the pension funds of its workers in its debt exchange programme.

According to him, the debt restructuring programme announced by Mr. Ken Ofori-Atta, the Finance Minister targeting pension funds and savings of workers is unfair and unacceptable.

"The President, the ministers, and whoever’s hair must be cut first before they bring it to us. If they want to make savings, they must start with their own," he said, asking, "Why can’t the government reduce its ministers and save costs? Why can't they scrape something meaningful in saving costs for Ghanaians?"

The same way the government was able to generate money for the banking sector clean-up, Mr. Ansah urges it to search for money to restructure its debt.

"When they were looking for money to bail out the banks, they found it, but when they are to look for 60% for us, they say where are they going to find the money? They will find it," he intimated.

Members of the Ghana Mineworkers’ Union and the entire labour force were urged by Mr. Ansah to rise up and protest the unfair treatment they have been receiving from the government.

"They will have to find the money. If they don’t find the money, we will find the money for them, and that means that all of us must be out in action. There must be some little madness for us to get what we want," he stated.

Before Mr. Ansah’s declaration, the Ghana Mineworkers had already kicked against the government’s debt restructuring program, vowing to do anything possible to protect its workers from any haircut on pensions or savings.

"Indeed, everything so far points not only to the fact that there shall be haircuts on individual bondholders but also on workers’ pensions since a substantial portion of workers’ pensions is invested in government bonds.

"Sadly, this is happening at a time when headline inflation has hit an unprecedented record high of 40.4%. While we disagree with the Debt Exchange Programme because the government failed to consult with key stakeholders like organised labour, we are totally opposed to any debt restructuring programme that would impact workers’ pensions and individual life savings," Mr. Abdul Moomin Gbana, the GMWU’s general secretary, said.

"After all, when the government was borrowing left, right, and centre, purporting to invest in non-existent projects, did they not know that our debt was reaching unsustainable levels?" Mr. Moomin asked rhetorically.

The General Secretary stressed, "Comrade Chair, the Ghana Mineworkers’ Union in one voice with the TUC (Ghana) and all its affiliates would like to reiterate without any fear of equivocation that we will do everything in our power to ensure that our members are fully protected and that not even a pesewa of pension funds is lost in the debt restructuring programme."