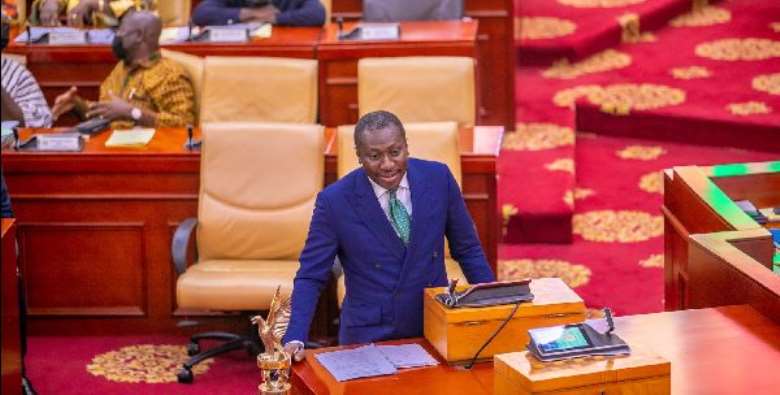 The Majority in Parliament has strongly defended its walkout during the vote of censure motion filed against Finance Minister, Ken Ofori-Atta by the Minority.

Alexander Afenyo-Markin, Deputy Leader of the caucus, believes the Minority failed to do due diligence in pushing for the removal of Ken Ofori-Atta as the Finance Minister.

During the debate of the matter on the floor, KT Hammond, a co-chair of the committee that probed the allegations against the Minister, said they did not find a single piece of evidence to warrant the claims made against Mr. Ofori-Atta.

However, Dr. Dominic Ayine, who was also a co-chair of the ad-hoc committee insisted that they had “unassailable evidence” but were compelled to build consensus on the motion.

“The 44-page report by the ad-hoc committee has no findings or recommendations. So on what findings are we going to prosecute the Minister? What are we doing? It's much ado about nothing. It is political showmanship. Why attack someone's reputation before gathering evidence? You have no proof, and you say we should take a vote on the person?” Afenyo-Markin said on Eyewitness News on Thursday.

Members of the Majority staged a walkout as Parliament voted to decide the fate of the Finance Minister, after the debate on the report of the censure motion.

Majority Leader, Osei Kyei-Mensah-Bonsu, who led the walkout said they cannot be part of a process that was baseless and politically motivated.

“So the Minority was actually arguing on cross-purpose and say we should take the Minister to the firing squad. So we the Majority will not be part. The Minority has [already] conceded that they do not have what it takes to do what they are doing”, Afenyo-Markin stressed.

Meanwhile, the vote of censure motion filed by the Minority against the Finance Minister, Ken Ofori-Atta, failed during voting on Thursday, December 8, 2022.

This was because only 136 legislators on the Minority side voted on Thursday to demand the removal of Mr Ofori-Atta thus falling short of the two-thirds constitutional requirement for the motion to pass through.

The proponents of the motion needed the votes of 183 legislators to have the motion passed against Mr. Ofori-Atta.