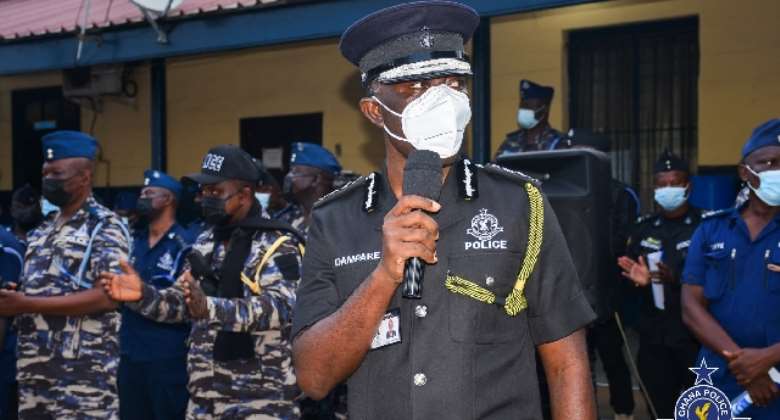 A Police delegation led by the Director-General Welfare, COP/Mrs. Habiba Twumasi-Sarpong on December 1 visited the families of the eight victims of the shooting incident at the Techiman South Constituency Collation Centre in which two people died and six were injured.

The delegation which included the DG/Intelligence, the Regional Commander/BER and the Director/Cold Case Unit once again commiserated with the families and shared with them the progress made so far in the investigations being conducted into the incident.

The delegation visited each of the eight families in their homes at Techiman and assured them of the resolve of the police to get to the bottom of each incident.

The families were told that even though investigations so far have not identified those responsible for the shooting incident, the police were determined to pursue the case for as long as it takes till the perpetrators are brought to book.

The case has, therefore, been referred to the newly established Cold Case Unit which is responsible for the continuous review, investigation and tracking of cases long after the trail might appear to have died and public interest had gone down.

The families were introduced to the Director of the unit who has since started working with them.

In support of the work of the ongoing investigations, a reward of a Hundred Thousand Ghana Cedis (GH₵ 100,000.00) has been set aside for any member of the public who can provide credible information that will lead to the arrest and prosecution of the perpetrators.

Since its establishment, the Cold Case Unit is revisiting all major unsolved cases recorded in the recent past and is working with the affected families.

The public will be kept updated as much as possible without compromising the investigations.