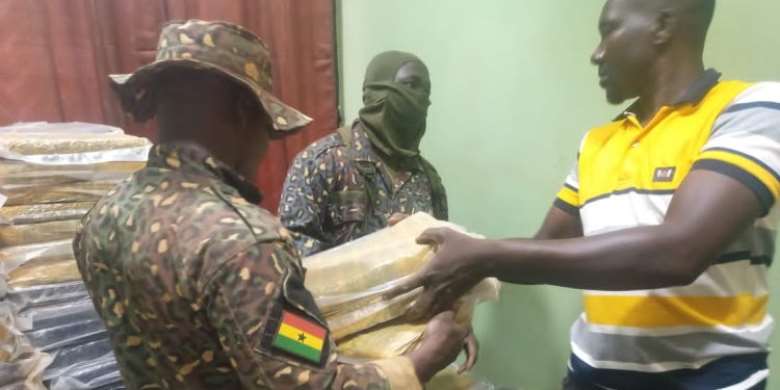 The Narcotics Control Commission (NACOC) has issued a release to clarify the purported impasse with officials of the Ghana Police in the Upper West Region.

In the last few days, there have been news articles circulating on social media and other media portals headlined “NACOC accuses Police of ‘hiding’ suspected Marijuana intercepted”.

The story relates to the seizure of suspected narcotic substances (cannabis sativa also known as “wee” or “marijuana”) which were seized by a team of Border Patrol security officers stationed in the Upper West Region.

In a release from NACOC, it says the publication is misleading and most unfortunate.

According to the Narcotics Control Commission, contrary to the reports of some seized marijuana going missing in the custody of the police, all the seized narcotics substances have been fully accounted for.

The statement from NACOC adds that it is working together with the police to ensure the suspect(s) involved in the seizure are arrested and prosecuted.

“NACOC herein urges the media, as well as the general public to be circumspect in their reportage on sensitive security issues, such as narcotics and related offences,” part of the release issued by the Public Affairs & International Relations Department of NACOC said.

It concludes, “NACOC appreciates the efforts of the Border Patrol team in effecting the seizure and further reiterates its commitment to working in collaboration with all security agencies in the fight against illicit narcotic drug trafficking and organized crime to make our nation a safer abode for all Ghanaians and well-meaning persons.”

2024 election: NPP struggling to come up with campaign messa...
18 minutes ago