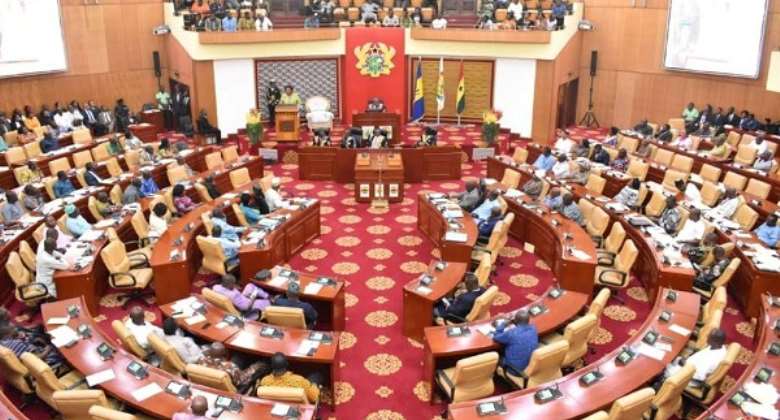 The Minority in Parliament has failed in its quest to have Finance Minister Ken Ofori-Atta removed through the Vote of Censure.

Under the leadership of Speaker Rt. Hon. Alban Bagbin, the House debated the report of the ad-hoc committee set up to look into the allegations leveled against the Minister by the Minority today, Thursday, December 8.

The Majority Members of Parliament staged a walkout when it was time for the house to go for a secret ballot.

The Minority voted in a one-sided house with all 136 MPs casting their ballots in favour of the motion. Without the New Patriotic Party (NPP) MPs, the Minority failed to amass the needed two-thirds of parliamentarians to kick out the Finance Minister.

Addressing Parliament after the secret voting, Speaker Alban Bagbin said, “Now in accordance with Article 82(1) which reads Parliament may by a resolution supported by votes of not less than two-thirds of all the members of Parliament pass a vote of censure on a minister of state following the terms of Article 82(1), the vote is accordingly lost.”

On his part, Minority Leader Haruna Iddrisu bemoaned the walkout by the Majority MPs, insisting that they have let the Ghanaians down.

According to him, the Minority is satisfied that at least it used parliamentary procedures to do what is best for the country.

“If they had not walked out and honoured their earlier promise they would have been saving this country because Mr. Speaker where we are the country is on life support. What we have done is to give it some oxygen for the next few days. That may not be enough for the unknown world.

“For the Majority walkout we leave them to the Ghanaian people who stood strong with them in their times of hardships and in their times of need that they abandoned them because they simply don’t care,” Haruna Iddrisu said.