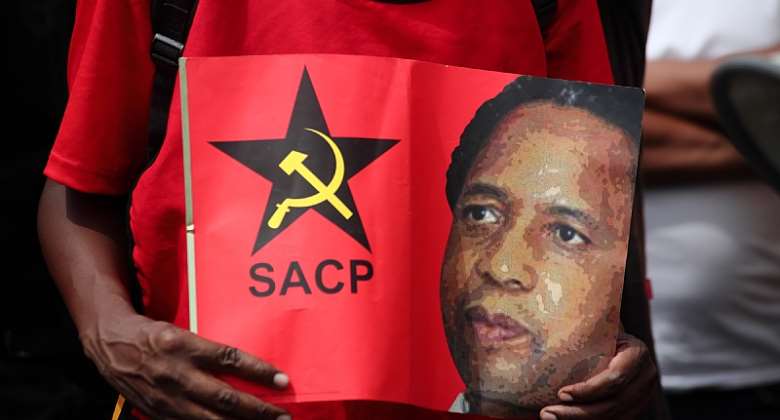 On 21 November 2022 the Constitutional Court of South Africa ordered the release on parole of Janusz Walus, the Polish national who assassinated Chris Hani on 10 April 1993 . Hani was the secretary-general of the South African Communist Party, and one of the leading anti-apartheid stalwarts. The court's decision, understandably, caused outrage, anger and controversy in the country, in particular for the Hani family .

Hani's assassination nearly caused the country to descend into civil war. But this was averted. Walus subsequently received the death penalty. The dawn of democracy in the country in 1994, and the subsequent abolition of the death penalty in South Africa , saw his death sentence commuted to life in prison in 2000.

As fate would have it, a decision by the Supreme Court of Appeal revoked the medical parole of Jacob Zuma, the third democratically elected president, on the same day as the Walus decision. Zuma had been sentenced to 15 months' imprisonment for contempt of court by the Constitutional Court – the same court which now ordered Walus' release. This added more controversy to an already tense situation.

Unlike Walus, who killed a prominent anti-apartheid hero, and whose release has been considered a threat to political stability in the country all these years, Zuma is considered a liberation struggle hero by millions in the country. There was deadly unrest in July 2021 after he was jailed.

Against this background, we argue that the Constitutional Court's decision to release Walus was legally sound. But it could have done a better job of communicating its decision sensitively.

These two opposing parole decisions have the potential to result in societal instability caused by those who feel – understandably – aggrieved by both decisions.

The decisions have also created wrong perceptions of the fairness of the application of the law. The Constitutional Court has been accused of being an “instrument that reinforces white supremacy” . A poll by the national television channel Newzroom Afrika found that 41.8% of the people surveyed felt that Walus' release was “a great injustice” and 32.7% felt that “the family were let down”.

A number of arguments question the rationality of the Supreme Court judgement on Zuma. Some wondered what purpose it would serve to send an 80-year-old man back to jail. Others argued that it would be good for the stability of the country if he were sent back to jail because Zuma had blatantly ignored the legitimacy of South Africa's justice system. He had ignored a court order to testify at the Zondo inquiry into corruption and state capture during his presidency and was sentenced to 15 months in prison .

Furthermore, all those South Africans who revere Zuma might reason that his medical parole should not have been revoked as his offence was much less egregious than Walus' crime.

Meanwhile Walus, whose crime nearly derailed negotiations on democracy, benefits not once but twice from South Africa's democratic dispensation. Firstly, his death sentence was commuted because the constitution grants everyone the right to life. Secondly, he walks free because the courts uphold the rule of law above anything.

It's clear from reading the Constitutional Court judgement that the court meticulously applied South African law that regulates parole for offenders – the Correctional Services Act 111 of 1998, the Correctional Services Act 8 of 1959 (dealing with people who were sentenced before the new parole dispensation became effective) and the Criminal Procedure Act 51 of 1977.

In adhering so closely to the parole laws, the Constitutional Court has demonstrated that applying the rule of law is its main concern.

All South Africans should agree that the rule of law should always prevail in the courts. Any deviation could have had wide repercussions for the application of the law.

What the Constitutional Court could have done differently

However, the court could have communicated its reasons in a more compassionate way. As Arthur Dobrin, Professor Emeritus of University Studies, Hofstra University, wrote :

Law is rooted in ethics and the impetus for ethics is empathy.

In order to speak to the public and serve society, the courts have to show compassion. This might have made the impact of the decision feel less extreme to those who feel that justice was not served.

In line with the age-old proverb that justice is blind , judges in the democratic world tend to apply the law without fear or favour or allowing any emotions which could potentially cloud their judgements. This maxim ensures that the law is applied in an impartial way.

It can safely, and with respect, be argued that all 11 members of the Constitutional Court knew that a decision to release Walus on parole would be very painful to millions of South Africans. Thus, the court should have prepared better and more empathetic ways to communicate the reasons for its decision, as many South Africans are not well versed in the law.

It could have explained more simply the laws applicable to Walus' position and the reasons why he qualified for parole.

This would have given the public a much clearer understanding of how the court came to its decision, and what considerations it had given to public opinion.

Furthermore, the court could have allowed the Hani family a more visible platform through a victim impact statement. This would have stated their position on the granting of the parole. The statement could have been made part of the main judgement.

As argued by Wits University honorary professor Monde Makiwane , it is long overdue for South Africa to embrace victim impact statements in its criminal justice system.

Even though the Hani family would not have agreed with the court, at least the public would have seen that everything was done to get the family involved. Perception can have real impact and greater involvement of the family might have softened the blow.

This article was co-authored with Sasha-Lee Stephanie Afrika (LLD), Attorney of the High Court of South Africa and former lecturer at Stellenbosch University and University of Johannesburg.

Sascha-Dominik (Dov) Bachmann does not work for, consult, own shares in or receive funding from any company or organization that would benefit from this article, and has disclosed no relevant affiliations beyond their academic appointment.