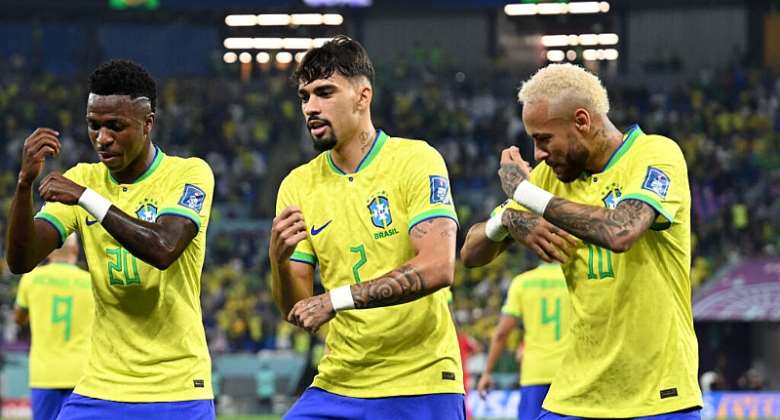 Brazil striker Vinicius Junior ran a smart line in the preparations for Friday night's clash against Croatia in the quarter-final of the World Cup. The 22-year-old Real Madrid forward highlighted the wonders of the impending opponents at the Education City Stadium

Very smart indeed. But then again, he was forearmed.

Fired up after a perceived insult from the Canada coach John Herdman, the Croatians proceeded to belt the Canadians 4-1 in the second game of the group stages. Croatia coach Zlatko Dalic also threw in some tips for Herdman about the proper etiquette between coaches on the World Cup stage.

And as Brazil attempt to reach the final for the first time since claiming their fifth World Cup crown in 2002, Junior stressed that the Brazilians would be extremely wary.

"We have said before that, in this World Cup, there are no favourites. Croatia reached the final in 2018 in Russia. So, there is no easy game.

Return
So far, so respectful to Modric and his fellow midfield enforcers Mateo Kovacic and Marcelo Brozovic. However, Brazil will be buoyed by the bravura performance in the last-16 against South Korea.

Paris Saint-Germain star Neymar returned from injury to inspire the romp in a four-goal first-half blitz.

The players danced on the sidelines after each goal prompting criticism from the British TV analyst Roy Keane who claimed the celebrations were disrespectful to the opposing players.

Junior defended the squad. “The goal is the most important moment in soccer.

"Not only for those who score them but for the entire country. We still have many celebrations left, and hopefully we can keep scoring and dancing like this until the final.”

Dance
Croatia's veteran defender Dejan Lovren said his side would not be as offended as Keane.

"I have no issues with that and I don't think it's disrespectful towards the opponent. Of course, there are boundaries for everything.

"I think Brazilians were born with the songs, the dancing and I see no issues with that."

A simple logic exists then. Stop the Brazilians scoring and there will be no dancing.

So far Cameroon have been the only team to succeed in that task. But the Africans are out of the competition.

Goal
To reach the semi-final against Argentina or the Netherlands, Croatia have to nullify an attack in which Junior has played an increasingly influential role with one strike and two passes which have led to a goal.

And Junior pampered the Croatian ego even more by hailing the Croatia skipper Modric, his Madrid teammate, for his burgeoning repertoire.

He said the pass for Lucas Paqueta's goal against South Korea, using the outside of his foot, was a skill he had learned from Modric at Madrid.

“Luka is always teaching me things, on and off the field,” Junior said.

“He helps me every day, making sure I'm always improving. He is a reference for me. He is playing at a high level at 37-years-old, that is something rare."

It will be considered a huge upset if Brazil - who head the Fifa rankings - were to lose in Qatar to a team which has showed more resilience than razzmatazz.

Brazil are acclaimed for the latter. Against Croatia, though, they will have to display both qualities.