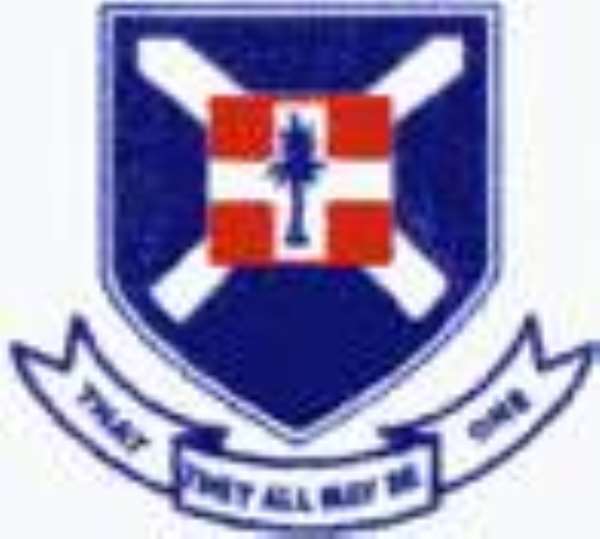 "OF WHAT use therefore do we gain when we malign this country to stop investors from coming here, is this patriotism and nationalism?" asks Right Reverend Dr. Yaw Frimpong-Manson, Moderator of the Presbyterian Church of Ghana.

According to him, over the last two months that he has visited countries including the United Kingdom, Japan and Korea, some Ghanaians in those countries gave him a bleak and disturbing account of Ghana, which he believes puts the country on the spot.

Some of these Ghanaians, he said based their reports on news stories and messages, which were posted on the Internet by their fellow Ghanaians, back home.

The Moderator made these comments when he and his family hosted two staff of the PCG, Messrs G.B.K. Owusu and Sam Tarno, Public Relations Officer and Estate Officer who were both retiring after several years of dedicated and selfless services to God and the Church.

Dr. Frimpong-Manson noted that as the country enters the threshold of its 50th anniversary, it was incumbent on the media to turn a new leaf to have what he described as a new look since that would sell Ghana positively to the outside world, stressing "if you think bad news can fetch you sales, don't forget the evil consequence it might create".

He however cautioned, "we don't want a repetition of what happened in Liberia, Rwanda, Sierra Leone and the Democratic Republic of Congo".

Though the country has chalked some successes after five decades of independence, he believes that in any a critical analysis of achievements, Ghana as a country would be found wanting.

Over the years, he emphasised that there have been an outpouring of jaundiced criticisms on the media for not being accurate, objective, balanced and fair in their reportage.

Whiles appreciating the fact that some of these allegations may be true, he indicated that others may be fallacious.

That notwithstanding, he mentioned, "what is important therefore is to re-examine our performance and make amends".

"My personal observation on the media are that they seem to be defocused from realities of the country's problems" stressing that "the country's problems are legion but the vital ones are the economy, corruption, unemployment and unity". If these are tackled with alacrity and care, the Moderator said Ghana as a country could move faster than it is now.

In this regard, he threw an open challenge for the media to concentrate on issues that would unite the country instead of dividing it, warning "remember that as media practitioners what you write can bring blessing or doom hence you should stop beating war drums since it could plunge the nation into chaos.

On their parts, Messrs G.B.K. Owusu and Sam Tarnoh, expressed their individual appreciations to the media and all that helped in one way or the other to enable them discharge their duties satisfactorily.


Mr. Owusu, who has been in media and public relations practice for 40 years, with 34 years at the 'Christian Messenger' newspaper and six years as the fist Public Relations Officer, recalled that while in office, there had been moments full of trials, challenges and triumphs.

He expressed appreciation to all who through their individual contributions made his work a success story.

GBK challenged the media to live above reproach and advised that, "journalism they say is a thankless job but if you love the truth, defend the truth, stand by the truth and enable everybody to enjoy the truth, you will never be disappointed".