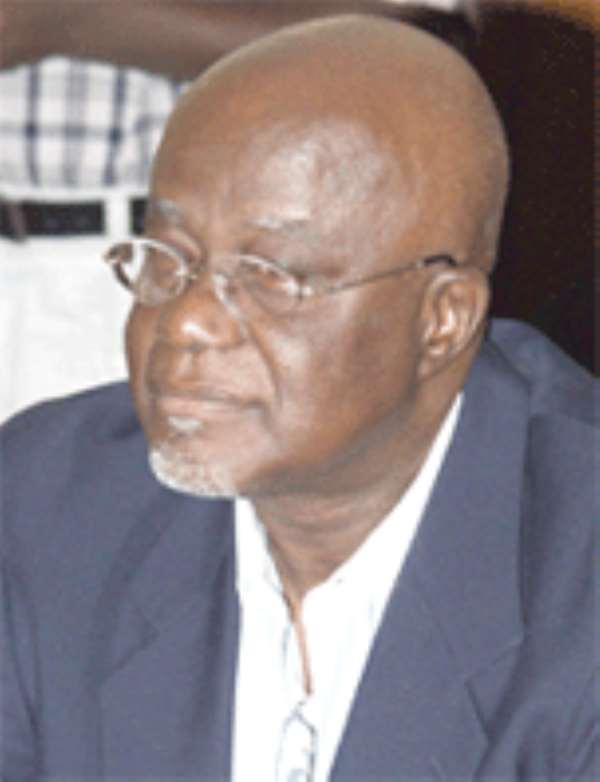 ...By End Of 2008
Mr Hackman Owusu Agyemang, Minister of Water Resources, Works and Housing, on Monday announced that the Government would build 100,000 housing units for workers throughout the country by the end of 2008. He said the Government had already completed 4,000 houses units within this year and started with the sale of low-cost estate houses in October this year.
Mr Owusu Agyemang was speaking at the inauguration of the Ghana Housing Finance Association (GHFA), which aims among other things to broaden housing finance to the low and informal markets through appropriate delivery system.

He said the housing project was part of vigorous effort by the Government to provide affordable houses for workers. He explained that the Government was trying to build the houses at half cost by using local building materials and said an enabling environment to facilitate the work of members of the Association would be created.

Mr Owusu Agyemang said the Government would transform the First Ghana Building Society into a housing bank to enable low-income earners own a house. He advised GHFA to endeavour to bring down rates and simplify issues to help to address the housing problems, saying; "we appreciate the social aspect of the housing system".

He noted that housing provided security for everyone hence credit for housing development was for both economic and social progress. Re-affirming Government's commitment to the housing industry, the Deputy Minister expressed the hope that GHFA would introduce loan products focusing on social transformation in terms of poverty alleviation and urged the GHFA to see housing as an instrument of social and economic development in the face of major challenges posed by population growth and urbanization.

Mr Asare Akuffo, Interim President of GHFA, expressing the hope that resilience of the economy would be sustained and noted that the capitalist system was all about marketing; and housing should not be left out.

"Housing must be seen as a market to develop," he said, and urged the Government to focus on the housing sector. Mr Akuffo stressed that housing presented an economic opportunity that would share the vision of growth and said GHFA encouraged home ownership.

He said the Association shared the Government vision of providing affordable housing as well as broadening housing finance to the low income and informal markets Mr Akuffo pointed out that in situations where developers had to provide off-site infrastructure at high cost was a serious disincentive and constraint to affordable housing.

"There is a chain in the housing market that has important links and it is made up of land and property rights; development finance and infrastructural services; the construction industry and mortgage finance. Any weak link in the chain constrains development," he noted.

The Ghana Housing Finance Association aims at solving the prevailing problems in the housing finance system by supporting efforts at upgrading informal settlements and slums through public private partnership to foster security of tenure, affordable housing and basic services.