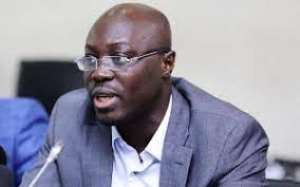 The National Democratic Congress (NDC) Parliamentary Minority Caucus has stated that the House only approved the principles underlining the 2023 Budget Statement and Economic Policy of the Government.

Mr Haruna Iddrisu, the Minority Leader speaking to the Parliamentary press corps at Parliament House in Accra, said the approval process of the 2023 budget was not yet over.

“Let me state with emphasis that the approval process of the 2023 Budget is not over yet, and the public should have faith and trust in the Minority in exacting accountability and in standing strong with them,” he said.

“We are not for the 2.5 per cent value added tax (VAT) increase. We are not for debt exchange, debt restructuring, because it is not consistent with contract law and obligations, but we are for expenditure cuts.”

Dr Cassiel Ato Baah Forson, the Ranking of the Finance Committee of Parliament, said the Minority had earlier on organised a press conference to state its position.

The Ranking Member said there were budget approval processes and that firstly there was the need for Parliament to debate the principles of the budget and consider approval.

He said subsequently, Parliament after debating voted on the principles and got them approved.

He reiterated that the Minority had indicated that going forward, they had zeroed in on certain things that they believed were wrong and therefore, they would not support its (certain areas) approval.

Dr Forson said that several tax measures had been introduced; that the Government requested Parliament to approve 23 tax measures, and that the Minority had noticed that out of the 23 measures, two of them were measures that they could not support.

Touching on the VAT, Dr Forson said the position of the Minority was clear, particularly the NDC as a social democratic Party, they believed in taxation and that they believed particularly in progressive taxes, but obviously in as much as they were the ones that introduced VAT first in the Country, they think that this was not the time to increase the VAT rate.

He said at a time when inflation had imposed inflation tax on certain goods and services to the extent that prices of goods and services had sometimes doubled in some cases tripled, the Minority believed that that this was not the time to introduce VAT; saying “So, we are asking the Government to hold on to that policy until the future, when there is stability, you can introduce VAT”.

He said inflation was skyrocketing in the country, and that in the last 10 months, inflation had moved from 13 per cent to 40 per cent, which had been coupled with the cedi depreciation.

He said at the time of the Parliamentary debate on the E-Levy, the Government indicated to Ghanaians that the poor people would not be made to pay E-Levy; obviously, because their income was not good enough and so, therefore, the Government intended to exempt them.

“So, they introduced a threshold of GHC100.00 but let it be noted that this GHC100.00 at the time they introduced E-Levy till today, the value of the GHC100.00 has been eroded because of inflation and the Cedi depreciation and other things,” he said.

He indicated that the NDC Minority would vote against the Government's decision to remove the threshold exemption from E-Levy.