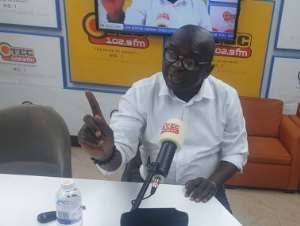 According to him, government is spending huge sums of monies on some deputy ministers who are doing virtually nothing to help reverse the country’s economic downturn.

Citing an example, Dr Forkuo said he sees no reason why President Akufo-Addo will keep deputy ministers at the Food and Agriculture Ministry who are buying and selling plantains just like ordinary market women.

The Senior Lecturer believes non-performance on the part of some of the appointees and ministers serving under the have rendered them redundant.

Speaking on the Kumasi-based OTEC 102.9 FM's breakfast show "Nyansapo", on Wednesday December 6, 2022, Dr Forkuo said it was highly unnecessary for government to keep many ministers at the time the country is dealing with debt restructuring and haircuts on bonds.

"Governance is a serious business, therefore any minister or appointee who fails to focus in their respective fields of endeavor to bring the government’s vision to fruition must be sacked without delay," he told the host Captain Koda.

He added, "Many sector ministers and their deputies whose performance in the past year is nothing good to write home about should not be entertained by the President.”