Sister of Iran's supreme leader condemns his rule in letter 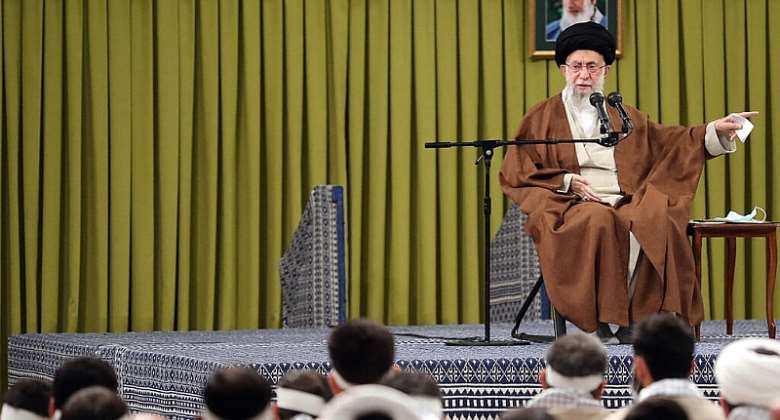 A sister of Iran's Supreme Leader Ayatollah Ali Khamenei has condemned his crackdown on nationwide protests. This, as former president Mohammed Khatami threw his support behind the protest movement too.

Iran has been gripped by unrest since the death of 22-year-old Kurdish Iranian woman Mahsa Amini in police custody on 16 September and has been brought to a standstill by a three-day general strike which started on Monday.

Badri Hosseini Khamenei, who lives in Iran and is the sister of Ayatollah Khamenei, criticised the clerical establishment going back as far as the time of the Islamic Republic's late founder Ayatollah Ruhollah Khomeini up to now and up to the current ruler, her brother.

The letter, dated December 2022 reads:
"I think it is appropriate now to declare that I oppose my brother's actions and I express my sympathy with all mothers mourning the crimes of the Islamic Republic, from the time of Khomeini to the current era of the despotic caliphate of Ali Khamenei."

It continues: "Ali Khamenei's Revolutionary Guards and mercenaries should lay down their weapons as soon as possible and join the people before it is too late."

The Revolutionary Guards are Iran's elite force which has helped the country's establish proxies across the Middle East, and runs a vast business empire.

Khatami is a reformist who served as Iran's president from 1997 to 2005 who has been effectively silenced by the establishment for years.

"Freedom and security must not be placed against each other," he said in a statement quoted by ISNA news agency Tuesday, on the eve of Students' Day.

Khatami was barred from appearing in the media after mass protests triggered by the disputed 2009 re-election of former president Mahmoud Ahmadinejad.

Another high profile opponent of the regime is Khamenei's activist daughter Farideh Moradkhani who was arrested by authorities after calling on foreign governments to cut all ties with Tehran.