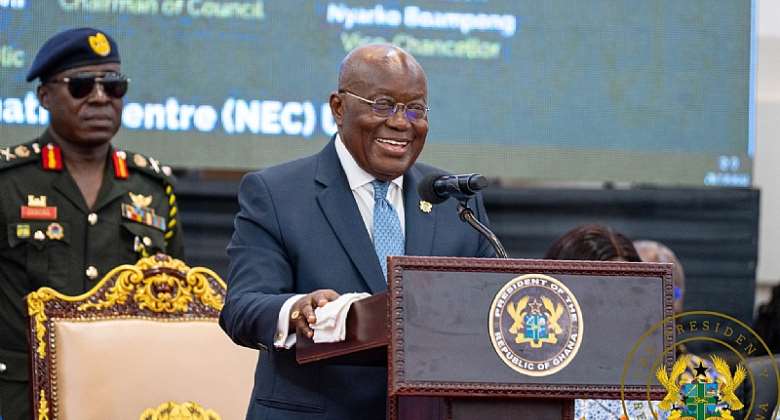 President Nana Addo Dankwa Akufo Addo has given the assurance that government will operationalise the National HIV and AIDS Fund to increase domestic resource mobilisation to improve care.

The President gave the assurance following calls to re-activate the Fund to increase domestic resource mobilisation due to the recent upsurge in new HIV infections in the country.

The President, in a speech read on his behalf by the Minister of Health, Mr Kwaku Agyeman Manu, said: “Despite the current fiscal space, low revenues, rising debt repayments, and crippling emergency expenditures on COVID-19, I am not reneging on this commitment.

“I will provide the details of Government’s commitment when I launch the National HIV and AIDS Fund in the next few days,” he stated.

He made the call at a national durbar organised by the Ghana AIDS Commission (GAC) to commemorate the 2022 World AIDS Day and the Commission’s 20th Anniversary.

It was on the theme: “20 Years of a Multi-Sectoral HIV Response: Accelerating Progress to End AIDS.”

The President again assured all Persons Living with HIV in the country, that despite the challenging economic crisis, the government would continue to prioritise an uninterrupted supply of antiretroviral medicines to guarantee their continued stay in care.

“Already, we have worked to enhance access to treatment by establishing at least one treatment centre in almost all districts across the country,” he added.

He said the Government was rolling out pre-and post-exposure prophylaxis for selected populations, encouraging every Ghanaian to be bold, and get tested to know their HIV status.

” Whatever the outcome, there is an effective package of services available,” the President said.

He commended all the individuals, communities, development partners, and civil society organisations who had made distinguished contributions to the national HIV response.

Dr Kyeremeh Atuahene, the Director-General of GAC, outlined the various interventions, which had made impact over the period.

Over the period, he said, the estimated adult HIV prevalence reduced from 2.5 per cent to 1.6 per cent, and new infections and AIDS-related deaths in the general population reduced by 41 per cent and 59 per cent, respectively.

“These reductions occurred across all age groups and gender. New infections in adults aged 15 years and older were reduced by 32 per cent, in children 0-14 years by 65 per cent, and in young people (15-24 years) by 35per cent.

These significant reductions were the results of the widespread use of anti-retroviral medicines and the application of data and science in programming and policy formulation.

The Director-General urged Ghanaians to take responsibility for protecting themselves from HIV infection by adopting protective behaviors such as partner reduction, correct and consistent use of condoms, and testing for HIV and other sexually transmitted infections.

Let us all speak one language; we must do this together – Of...
8 minutes ago