By Mouctar BAH with Laurent LOZANO in Dakar
Guinea 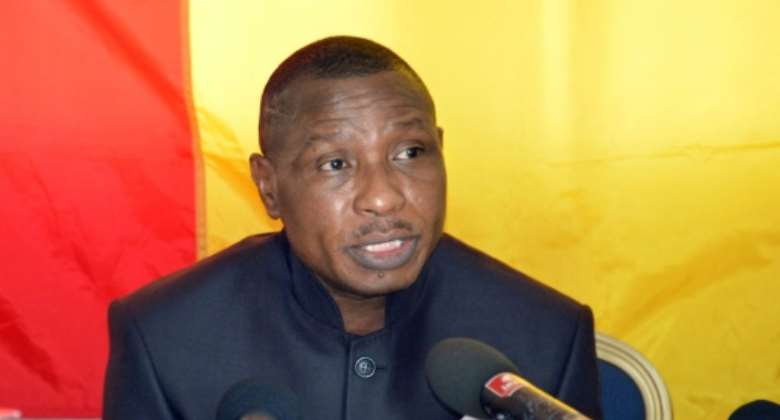 When a judge curtly interrupted Guinea's ex-leader Moussa Dadis Camara during his trial over a 2009 massacre, the former strongman's feebleness was starkly exposed to compatriots who remembered his authoritarian rule.

The frail-looking former military captain on Monday resorted to meekly beseeching the judge to adjourn his historic trial for health reasons, a stark reversal in fortunes for a man who once commanded the West African nation.

Camara's brief but brutal tenure as Guinean president would have been memorable for his dramatic power grab and erratic rants against fellow officers on national television even without the events of September 28, 2009.

On that day, his soldiers went on a rampage of shooting and rape, killing 156 people and raping at least 109 women at an opposition political rally in a sports stadium in the capital Conakry.

Camara is charged with "personal criminal responsibility and command responsibility" and is being tried with 10 other former military and government officials over the bloodbath.

On Monday, he humbly thanked the court for adjourning his trial, acknowledging he was not above the law as he left with an unsteady gait and a chain bracelet on his arm.

Camara's rollercoaster life journey saw him rise from humble beginnings as a low-ranking officer born in a remote corner of southeastern Guinea, far from the centre of political power in Conakry.

He said his illiterate father was a simple peasant.

"I'm a man of the people... I was born in a hut," he insisted during his time in power.

He seized power with a group of officers in December 2008. By SEYLLOU DIALLO (AFP/File)

In his mid-40s, he is known to have joined the armed forces in 1990 and to have served mainly in the army's fuel supply department.

In 2007 he was among army officers who took part in a wave of unrest against the regime of veteran president Lansana Conte, aimed notably at gaining payment of salary arrears.

He later stated that his role in the incidents, and in similar events the following year, had been mainly to calm down his fellow soldiers.

He seized power with a group of officers in December 2008 immediately after the death of Conte, Guinea's second post-independence president who had ruled autocratically for 24 years.

He described the takeover as bloodless and emerged as head of a ruling junta, justifying his power grab by claiming no civilian could manage a country marked by corruption and instability since independence from France in 1958.

"I am the father of the nation," he declared in 2009, asserting on several occasions that he had been "chosen by God, who confers power on whomever He wishes".

The junta leader spent most of his days in the main military camp that served as his headquarters near Conakry, where he had large numbers of pictures of himself put on display.

His popular rhetoric earned him the support of many Guineans at the start of his presidency as he often highlighted his modest origins.

In his frequent appearances on national television, which became known as the "Dadis Show", he would rail against fellow officers, accusing them of systematic corruption.

Conte finally returned to his homeland in September 2022 for his trial. By CELLOU BINANI (AFP)

But he soon showed signs of letting his power go to his head, becoming increasingly erratic and reneging on a promise not to run in a presidential election the junta promised to hold in 2010.

That came before the fateful day in Conakry's sports stadium in September 2009, where a large crowd of opposition supporters were attending a rally against Camara as a potential election candidate.

After the event, which turned most Guineans against him, Camara expressed little remorse, stating that his army was "uncontrollable", but that it also had "feelings and respect" for him.

He was unceremoniously ousted from power after suffering a head wound in an attempted assassination by his aide de camp in December 2009, formally giving up power in January 2010.

After receiving treatment in Morocco, he fled into exile in Burkina Faso, where he was indicted in July 2015 by Guinean magistrates for his alleged role in the stadium massacre.

He finally returned to his homeland in September 2022 for his trial, the once mighty head of state humbled by the experience of being imprisoned.