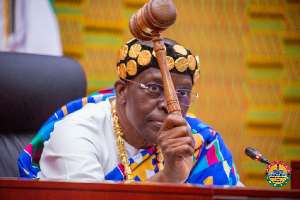 Parliament on Tuesday, December 6, approved the 2023 Budget Statement and Economic Policy of the government.

The Finance Minister, Ken Ofori-Atta on Thursday, November 24 presented the Budget to the house on the back of calls for his removal from office.

After several debates on the 2023 Budget, it was put to a vote today and approved by Parliament.

However, Minority Leader Haruna Iddrisu in his final submission on the debate on the budget before the motion was adopted stressed that his outfit is expecting the government to embark on heavy expenditure cuts.

He argued that with Ghana in an economic crisis, expenditure cuts and the reduction in the size of government are crucial to help the country come out of the mess.

He raised concern about several areas of the budget and indicated that the Minority will push for changes to be made to the various plans of government in the budget.

“It is the demand of this group that there must be major expenditure cuts otherwise some of your tax handles will suffer in our hands. For instance, GHS1.4billion allocation to contingency vote, we shouldn’t give him that,” Haruna Iddrisu said.

The Minority Leader added, “We say no to VAT, no to your Debt Exchange regime.”

Taking turns to speak on the floor of Parliament, Majority Leader Osei Kyei-Mensah-Bonsu said MPs should show example and sacrifice anything between 10-15% of their salaries to show the ordinary Ghanaians that they are in the current hardships together.

The Suame MP also expressed support for the reintroduction of road tolls in the country.

In his view, tolls should now be collected electronically to ensure that government is able to rake in enough money.

“Some roads have begun, Intention is to ensure that they don’t deteriorate, they are not left unattended to,” he added.