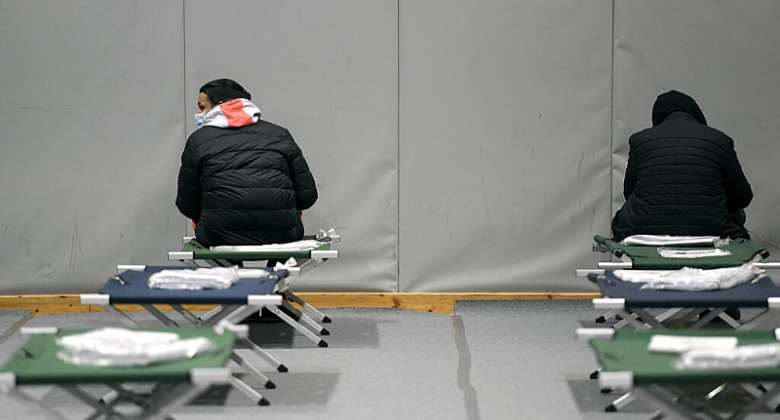 The Mayor of the city of Strasbourg says she will sue the French state for not doing enough to help homeless people. This move comes as a migrant camp of some 200 people near the city center was evacuated by the police on Tuesday morning.

"Strasbourg will take the state to court for its failure to shelter people on the street," environmentalist mayor Jeanne Barseghian announced on Monday, launching a national appeal to other elected officials and humanitarian organisations to join her action.

"Despite (...) the creation of 500 accommodation places, the opening of a gymnasium, our (municipal) resources are not sufficient to respond to this great distress and this humanitarian crisis," she said, criticising the central government for "not taking on its responsibilities".

She referred to one of President Emmanuel Macron's first promises in 2017 "that at the end (of that same year), there would be no one left on the street," a promise "absolutely not kept", said.

Barseghian did not give a date for the referral of the case to the administrative court, explaining that it would take place "as soon as possible".

The camp has been a source of tension between Barseghian and the police chief Josiane Chevalier since the end of May.

Located under the windows of the town hall, the camp has been home to around 200 people, many from Georgia, Albania and Macedonia, including children.

"The mayor of Strasbourg plays politics, I am here to apply the law, the state does not have to be ashamed of what it is doing in the Bas-Rhin. It finances 10,000 places in the department," Chevalier told France Bleu Alsace media on Tuesday.

"We support elected officials and we have maintained the level of emergency accommodation at an extremely high level" with "198,000 places in France," he said.

Conceding a "difficult situation", he assured the French news agency AFP that the state was playing "its role".

Meanwhile a dozen police officers went from tent to tent to ask the migrants to leave the premises early on Tuesday. They were evacuated in two buses. The operation took place peacefully.

"45 people were taken care of by state services and sheltered in a gymnasium for the purpose of examining their administrative situation and determining an appropriate accommodation solution," the prefecture indicated on Tuesday.

Nicolas Fuchs, coordinator for the Alsace branch of the NGO Médecins du Monde (Doctors of the World) said he hoped that a proper assessment of individual needs would be carried out, pointing out that many "many people" in the camp suffer from "serious pathologies" and would need special care.

"I regret that we could not find shelter solutions earlier for these migrants, including families with children," he added.

Among them, Fabian, a 10-year-old Albanian, who says he has lived "for four months" in the camp with his mother. "My father in Albania wanted to kill us, that's why we came to France, to protect ourselves," he explains.

Arla, 10, has been living "for eight months in a tent" with her parents and her brother. They too came from Albania. "We hope that they will find us another accommodation, because it's too difficult", confides to journalists this child who goes to school and who "does not know" where she will sleep on Tuesday evening.

Turkey earthquake: Christian Atsu yet to be found
11 minutes ago