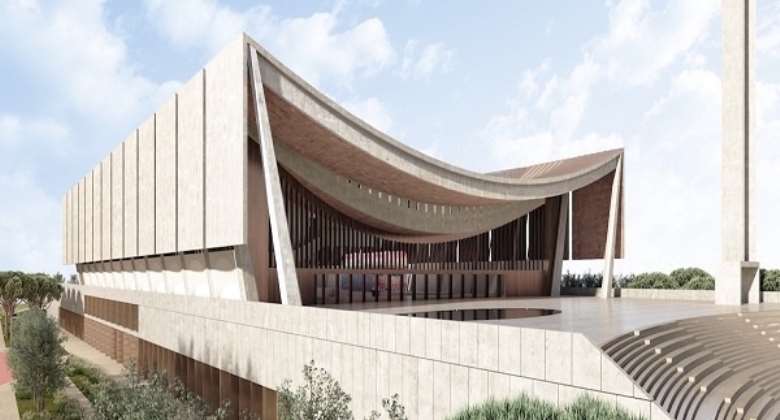 The Minority in Parliament has kicked against plans by the government to earmark GHS80 million for the construction of the National Cathedral as contained in the 2023 budget statement delivered by Finance Minister Ken Ofori-Atta.

According to the Minority, an additional GHS80 million for the construction of the National Cathedral will bring the total amount spent on the project to GHS420 million.

The estimated cost of the project is $ 400 million.

The Majority in a press conference addressed by its leader, Haruna Iddrisu questioned if the cathedral was a national priority.

He said the GHS80 million does not constitute a spending priority at this time of economic crisis when the country is panhandling and begging the IMF for $3 billion to support the economy.

“For a government that is unable to print textbooks for basic school pupils several years after introducing new curricular, unable to pay NABCO arrears and that is indebted to contractors and suppliers to the tune of over GHS40 billion, this is most imprudent and unacceptable,” Mr Iddrisu stated.

The National Cathedral was President Akufo-Addo’s pledge to God during the 2016 election if he was elected President.

It has since become a national project.
The project is expected to provide a sacred space and infrastructure for the formal religious activities of the nation, like state funerals and presidential inaugural services.

The government promised the cathedral will be funded by the private sector but, so far, some GHS420 million of the taxpayers’ money has been pumped into the project.