What moral right do you have to increase VAT? – Minority quizzes Akufo-Addo 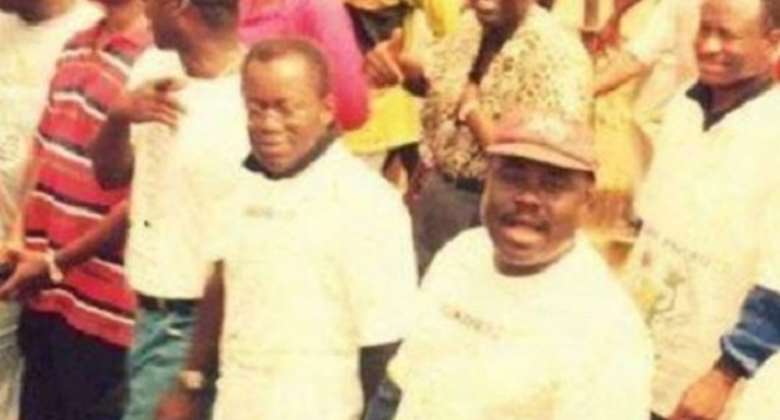 The Minority in Parliament has questioned President Akufo-Addo’s moral right to increase the Value Added Tax (VAT) by 2.5%.

President Akufo-Addo was one of the leaders who orchestrated and led what is arguably the biggest demonstration in the history of the country dubbed “Kume Preko” against VAT when it was introduced by the late President Jerry John Rawlings in 1995.

They argued then that VAT will impose hardship on Ghanaians thus the name "Kume Preko" which means "You may as well kill me" in the Akan language.

Twenty-seven years after, as President, Nana Akufo-Addo in the government’s 2023 budget statement has increased VAT by 2.5%.

Reacting to this at a press conference in Accra on Monday, 5 November 2022, Minority leader Haruna Iddrisu noted that “whilst whittling away the little we have as a country in this intransigent manner, the Akufo-Addo/Bawumia government has decided to pile more hardships on the people of Ghana through the introduction of more taxes in the 2023 Budget presented to Parliament.”

He pointed out that the most punitive among these taxes is the addition of 2.5% to the VAT rate bringing it to a cumulative 21.5% (made up of 2.5% GETFund, 2.5% National Health Insurance, 1% Covid Levy and 15% VAT all levied under the terms of Value Added Act, Act 870) the highest in Africa.

“What moral right does President Akufo-Addo have to increase VAT by 2.5% when he led the “KUMI PREKO” demonstration in 1995 resulting in the loss of five lives?” Mr Iddrisu quizzed.

He said, “as sure as night follows day, this will worsen the hardship faced by Ghanaians, as the prices of almost all items will increase instantaneously once this tax comes into effect.”

In addition to the increase in VAT, the Minority further indicated it has detected 22 additional tax and revenue measures that will make life even more difficult and unbearable for every Ghanaian.

As social democrats, the minority NDC said it has never been against taxation per se, but they are simply unable to agree with the steep increase and timing of the introduction of these tax measures.

“At a time when people are facing the worst economic crisis and hardships in their lifetime, the last thing that is desired is further taxation,” Mr Iddrisu lamented.

He added that the high rate of inflation has already eroded the disposable incomes of Ghanaians and “we can no longer bear to give more to a government that is determined to waste our resources on extravagant living.”

Election violence in Nigeria's south east is threatening to ...
44 minutes ago