Sustain PFJ Markets In The Interest Of Rural Farmers 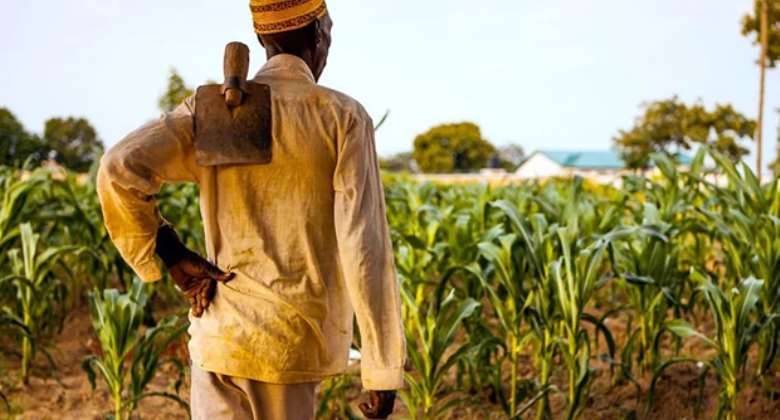 Challenges faced by Ghanaian rural farmers during the harvest season are many. These include poor road infrastructure, lack of transportation, as well as insufficient market outlets and buyers. Such challenges have persisted over some decades now, rendering farmers poor.

However, with the right kind of policies, strategies and implementation, most of these challenges can be controlled and minimised so that the farmers will be relieved from their perpetual poverty chain.

This write-up seeks to focus on the need to establish farmers' markets in the various communities, its management and benefits. We will look at the difference between farmers' markets and public markets.

Rural Farmer's Challenges
During the major crop harvest season in Ghana, many rural farmers produce tons of the starchy staples such as plantain, yam, cocoyam, and sweet potatoes. The rest include maize, rice, sorghum and millet etc.

Also, farmers who are into the cultivation of fruits and vegetables harvest large quantities of these produce.

It is the expectation of rural farmers that during harvest, they would be able to sell their produce and make profits in order to lead meaningful lives, perhaps like their school mates who are working and earning relatively high incomes in the cities and urban centers.

But no. The lack of a brisk market puts farmers at the mercy of public market traders who journey to the farming centers on market days to buy the produce from them, for sale in the cities and urban centers.

Indeed, these traders purchase only what they can afford from the farmers, since they don't have the capacity to buy all produce on the farms. Consumers are grateful to them though, for years of hard work.

However, information has it that often times, the traders determine the prices of the farm produce.  The rural farmers who have worked through the difficult times to produce the food stuffs and vegetables have not much say in the pricing of their goods. Some of the traders also decide to purchase the goods on credit basis, with the promise of paying back on their next journey. After sales, they concoct stories of all kinds and the money never gets to the poor farmers.

Again, small scale farmers have low, or no storage capacity, let alone the capacity to add value to their produce. In such a situation, farmers need to sell their farm produce at harvest time, which results in the underpricing of farm products, making them poorer.

Ironically, while rural farmers are crying over their fresh mangoes, tomatoes and plantain etc. getting rotten on the farms, due to lack of buyers, consumers in the cities and urban centers, on the one hand, would be heard complaining about high prices of semi-fresh produce at the public markets.

For how often haven't we read media reports about thousands of crates of tomatoes getting rotten at Akomadan and Ada respectively, due to the lack of buyers and ready markets such as “farmers markets.”

PFG “Farmers market”
I can say keen observers of farmers challenges heaved a sigh of relief, when the Ministry of Food and Agriculture (MOFA) initiated and facilitated an innovation such as farmers market in Accra, on its premises in November, 2022.

The idea behind the “farmers market” is to mitigate some the challenges facing both farmers and consumers. This innovation appeared to have gone on well especially for the city consumers, who called for its repetition and sustainability.

However, some group of individuals called for its immediate withdrawal and abolition. In their view, such an innovation would affect the income of traders at the public markets. Just imagine this!!!

The situation whereby some group of individuals kick against any policy intended for public good is unthinkable, disturbing, and worrying because such behavior affects the socio-economic, political, and cultural development of the country. Ghanaians must always seek the prosperity of the nation, in the interest of the future generation. Because the farmers market has the potential of encouraging the youth to enter into farming for a living. It should be noted that, small-scale farmers lose a lot of income through non-purchase of farm produce yearly. They are often “chased” by bankers and other creditors for non-payment of loans which often times send some of them into critical health conditions.

Come to think of the fact that 'food prices in Ghana were considered to be the highest in the sub-region even though, the PFG programme seemed to be successful.' (Ref Daily Graphic, Tuesday, November 22, Pg.44).

The concept of farmers markets, with its numerous benefits, appears to be relatively new in Ghana. Hence, some individuals are kicking against it to the detriment of hard-working rural farmers, apart from depriving consumers from eating fresh staple food, fruits and vegetables during harvest season.

What Is 'Farmers Market'
The concept of Farmers Market, according to research, is a physical retail market place intended to sell food directly by farmers. Farmers markets may be indoors or outdoors, and typically consist of booths, tables or stands where farmers sell their produce, live animals, plants and sometimes cookies and beverages.

Management Of Farmers Market
A wide range of organisations initiate and organise farmers' market. These include farmers groups, community groups and local governments. Some farmers and vendors are allowed to purchase at farmer's markets and sell. Unlike public markets, farmer's markets operate on specific days and hours.

Importance Of Farmers markets
More and more farmer's markets, according to Wikipedia, are propping up in urban, sub-urban and rural areas alike. They exist in many countries worldwide. In the US, there are over 9,000 farmer's markets. The United Kingdom established the first farmers market in 1997. The number has grown to over 550 nationwide.

Information available on farmers' markets in Ghana indicate that about 10 of such markets exist in Accra. They deal mainly in hygienic fresh farm fruits, vegetables, smoothies, plant-based milk and citrus drinks.

The importance includes the following:

Example, for many American affluent, buying fresh local food at one of the large number of farmers' markets across the US, is one of the summer's pleasures.

Benefits
Indications are that food from Farmers market taste better and contain more nutrients. Consumers can find seasonal fruits and vegetables. One can also opt for organic produce. Consumers can make friends with farmers and feel the love of each other. Farmers often times teach consumers how to prepare certain vegetables rightly

Above all, growing awareness of agricultural and economic well-being of both the rural farmer and the consumers is eminent.

Food Security
Per the 1999 World Food Summit working definition, Food Security must exist when all people at all times have physical, social and economic access to sufficient, safe and nutritious food and dietary needs, and food preferences or active and healthy life style.

The above statement gives sufficient proof to the “mad rush” for yam and plantain on the first day at farmers' markets at the premises of MoFA, and a subsequent one at Makola. It could be a clear indication that many Ghanaians prefer their traditional fresh foods more than the foreign foods. And perhaps, they are anxious to replace the energy-dense highly processed foods with fresh traditional food for obvious reasons.

Suggestions
From indications, it can be realised that many people are interested in fresh and organic produce from farmer's markets. Looking at the operations of farmers' markets, they cannot displace the traders at the public markets. Neither can traders at public market alone have the capacity to perchance and distribute the large tons of produce from rural farmers across the country. At best, the two can mutually co-exist to serve the preferential deity needs of consumers. The sheer diversity of it all makes it healthy.

Conclusion
Farmers' markets in Ghana have a bright future as pertains in other countries. In view of this, authorities concerned should team up and engage all stakeholders on their efficient and effective planning and execution, in an effort to ensure the well-being of rural farmers. Farmers' markets will also help serve the nutritional and health of the citizens, thus giving credence to the success of the Planting of Food and Jobs programme in the country. Congratulations to all farmers in Ghana.