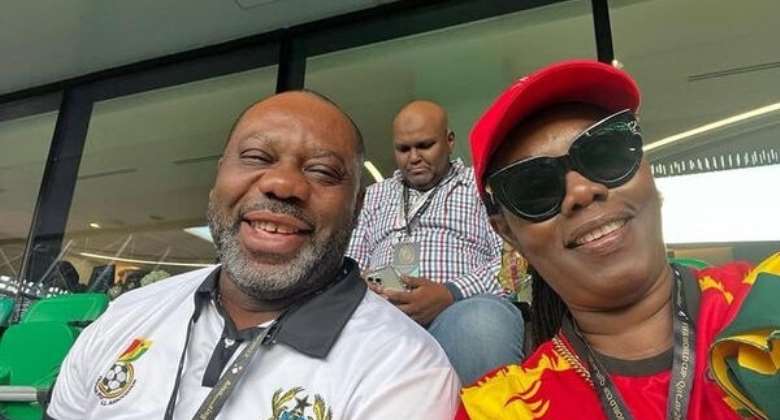 The Minority in Parliament have expressed disappointment in the governing New Patriotic Party MPs for abandoning the 2023 budget debate for Qatar to watch the ongoing World Cup.

According to the Minority, the action of the cabinet ministers who double as MPs is a show of disrespect to Ghanaians.

During the budget debate, MPs like Ursula Owusu-Ekuful and Dr Mathew Opoku Prempeh were spotted in Qatar enjoying the World Cup.

Majority of the NPP MPs were also missing on the floor of the house leaving the budget debate for the Minority MPs.

Reacting to this, the Minority leader, Haruna Iddrisu, at a press conference in Accra on Monday, 6 December 2022, said despite the fact that the 2023 budget statement was completely devoid of any convincing plan to get the country out of the economic mess and turmoil “we have been utterly shocked at the show of disrespect and disinterest in the budget process by the very government that presented it.”

Mr Iddrisu said the Minority has “been left dumbfounded as Cabinet Ministers who double as MPs and who form part of the government that has superintended over the greatest economic crisis of our time abandoned the important budget debate and approval process only to be seen in Qatar making merry and taking selfies during the world cup.”

“Never in our history has a government exhibited such poor judgement and they have by this singular act placed beyond any doubt, that they have no respect for the people of Ghana, or the mandate bestowed on them to govern,” he added.

Mr Iddrisu noted that the Minority was particularly stunned that President Akufo-Addo allowed this to happen.