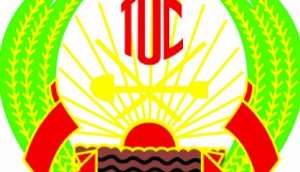 TUC says it was gravely concerned about the government's programme because of its potential negative impact on worker's pensions.

The TUC’s reaction followed the government’s move to rely on a softer payment plan with institutions and individuals who have lent money to the country as part of efforts to reduce the burden the public debt stock puts on the economy.

In a statement signed by the Secretary General of the TUC, Dr. Yaw Baah, the union bemoaned the lack of prior engagement with labour given that a substantial portion of worker's pensions is invested in government bonds.

“We are assuring workers that, the TUC and its affiliate unions will do everything in our power to ensure that our members are fully protected and that not even a pesewa of pension funds is lost in the debt restructuring programme.”

TUC therefore called for calm among its members while it works to protect their pensions.

“We are therefore appealing to all workers and unions to remain calm as we work to protect our retirement funds,” TUC add in a statement.

Government launched the Debt Exchange Programm on Monday, December 5, 2022, as part of efforts to reduce the country’s debt burden.

While launching the programme, the Minister of Finance, Ken Ofori-Atta said the following:

“Under the domestic bonds exchange programme, domestic bondholders will be asked to exchange their instruments for new ones. Existing domestic bonds as of 1st December 2022 will be exchanged for a set of four new bonds maturing in 2027, 2029, 2032 and 2037.

“The annual coupon on all these bonds will be set at zero percent in 2023, 5 percent in 2024 and 10 percent from 2025 until maturity… In line with this, treasury bills are completely exempted, and all holders will be paid the full value of their investments on maturity. There will be no haircuts on the principal of bonds, and individual holders of bonds will also not be affected”.