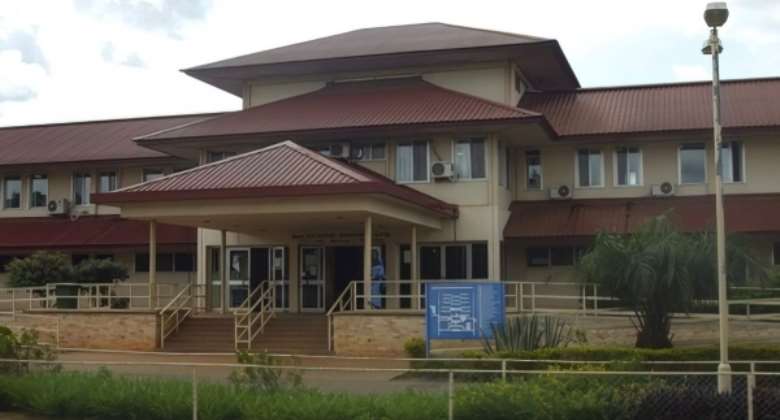 The Sunyani Regional Hospital will be upgraded to a teaching hospital by the end of the first quarter of 2023, Mr Kwaku Agyemang-Manu, the Health Minister, has announced.

He said the upgrading of the hospital would bring relief to the people, as they travelled long distances in ambulances from Dormaa-Ahenkro to the Komfo Anokye Teaching Hospital, Kumasi on referrals.

The health minister said other health establishments including the Dormaa-Akwamu Hospital and the Wamfie District Hospital would be given facelifts to become 60-bed capacity health facilities.

Mr Agyemang-Manu made the announcement during the electoral victory thanksgiving service held for Mr Stephen Ayensu Ntim, the National Chairman of the New Patriotic Party (NPP) at the Wamfie Methodist Church in the Dormaa East District of the Bono Region.

The ceremony was graced by some traditional rulers including Osagyefo Oseadeeyo Agyemang Badu II, the Paramount Chief of Dormaa Traditional Area and President of the Bono Regional House of Chiefs as well as the wife and family members of Mr Ntim.

There were other high-ranking members of government and the NPP such as Madam Justina Owusu-Banahene, the Bono Regional Minister, Mr Emmanuel Kofi Agyemang, the District Chief Executive for Dormaa East, Mr Paul Apraku Twum, the Member of Parliament (MP) for Dormaa East, regional and constituency executives of the Party, former MPs, religious leaders, and some members of the public.

Wearing an all-white apparel they worship, sang praises and thanked God for Mr Ntim’s victory and expressed commitment and willingness to support the NPP to win the three constituencies in the Dormaa enclave.

Mr. Agyemang-Manu recommended that Party members eschew divisive tendencies, bitterness and rancour and give unflinching support to the national chairperson in the interest of the NPP.

“We must stop trading insults at each other and be united for the Party’s progress. It will be an embarrassment if we fail to secure 12 seats in Bono,” he added.