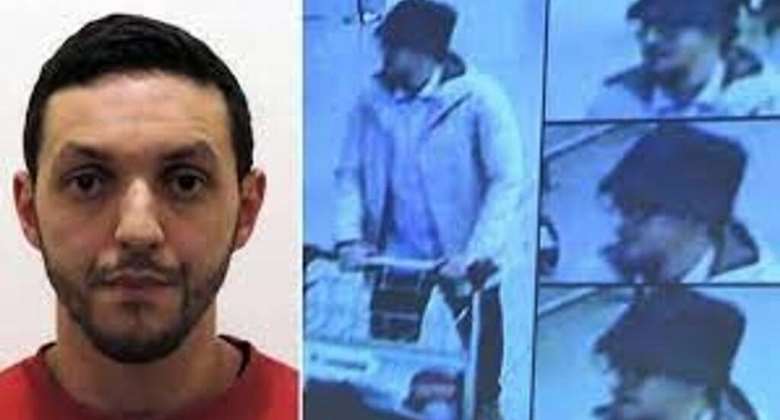 The largest trial in Belgian history got underway on Monday with 10 men accused of involvement in Islamist suicide bombings in Brussels in 2016 that killed 32 people and injured over 300. It began with an outburst from Mohamed Abrini, a key defendant, who threatened to remain silent if security conditions were not eased.

Set to last seven months, the trial that opened this Monday has revived painful memories for those who lost loved ones, were injured or witnessed the twin bombings at the airport and a third bomb on the metro on 22 March 2016.

Around 1,000 people have registered to be represented in the hearings.

Prosecutors maintain that  Abrini, one of the main defendants, went to the departure area of the Brussels-Zaventem airport with two suicide bombers – who followed through with their attacks – but he fled without detonating his suitcase of explosives.

The Belgian-Moroccan known as the "man in the hat" was allowed address the courtroom when it was assured the proceedings would not be a platform for "state revenge".

Abrini called the conditions of his detention "unacceptable," claiming that for seven years he has been repeatedly strip-searched, been the subject of sensory deprivation with blindfolds and exposed to blaring "satanic" music.

The suspect warned the court, "Things must change, otherwise I will remain silent until the end of the trial."

Victims and witnesses arrive at court

Meanwhile, survivors spoke to reporters outside the court on Monday.

Christelle Giovannetti, who now wears hearing aids due to injuries she sustained in the metro bombing, "had a lot of trouble sleeping last night," ahead of the opening of the trial.

Sylvie Ingels, who was near the first airport bomb, said she had had repeated nightmares in recent days.

"If I come today it's to make this step and go beyond my fears. It's important to be here. It's their trial but also ours. We are waiting for some answers," she said.

Nine of the accused are charged with multiple murders and attempted murders in a terrorist context, and face potential life sentences.

All 10 are accused of participating in the activities of a terrorist group.

One of the group will be tried in absentia, but is presumed to have been killed in Syria.

Presiding judge Laurence Massart confirmed the identity of the defendants.

All except Osama Krayem, a Swedish national accused of planning to be a second bomber at the metro, responded to her questions.

Six of the accused were found guilty in June of involvement in the terror attacks in Paris in November 2015, which killed 130 people.

However, the Belgian trial will be different in that it will be determined by a jury not judges.

The Brussels bombings were claimed by Islamic State and killed 15 men and 17 women, who came from Belgium, the United States, Netherlands, Sweden, Britain, China, France, Germany, India, Peru and Poland – many of them based in the city which is home to EU institutions and NATO.

Three suicide attackers also died in the blasts.
Salah Abdeslam, the main suspect in the Paris tribunal, is also on trial.

In accordance with Belgium court procedure, the defendants have not declared whether they are innocent or guilty.

Prosecutors are expected to start reading from the 486-page indictment on Tuesday before hearings of some 370 experts and witnesses can begin.

The trial, being in the former headquarters of NATO, is estimated to cost at least €35 million.

Deadline for debt exchange programme may be extended again –...
22 minutes ago