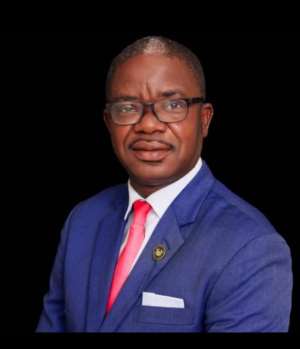 The Acting Chief Executive Officer (CEO) of the Produce Buying Company (PBC) Limited, Mr. Alfred Ofori Annye has commended farmers across the country for their tireless efforts which have sustained the Ghanaian economy and the entire citizenry over the years.

He has therefore put forward a strong justification for the celebration and recognition of Ghanaian farmers who rise with the sun to attend to crops and fight off invasive insects and battle unpredictable weather in the searing heat and bitter cold to put food on the tables.

In a statement to mark this year’s farmers day on last Friday, Mr. Annye recounted that the day was first introduced by the Ministry of Food and Agriculture in 1988 to honour farmers and fishermen for their efforts in feeding the nation and recognize the vital contributions of a strong agricultural sector to the prosperity of the Ghanaian economy.

“The first Friday of December, National Farmers Day, is always a special one for us at PBC. As a cocoa farmer-centered company, we are glad to have a day where we can place our cocoa farmers on the pedestal and genuinely thank them for the sacrifices and commitment for this nation,” he said.

The acting CEO noted that it is very important for every single Ghanaian to be proud that a day has been set aside to celebrate farmers since their work has become the backbone of Ghana's economy.

“On Farmers Day, Ghana's Ministry of Food and Agriculture among other things bestows special awards on meriting farmers and fishermen, most of these awardees are offered the chance to speak with policy-makers about agricultural advances”, he said, adding that Ghanaian farmers are the reasons why many people are able to go to bed without the pain of hunger.

According to him, government will continue to put in place flexible programs that will enable farmers access loan to enhance their food production.

Alfred Ofori Annye noted that government’s flagship program Planting for Food and Jobs came at an opportune time which has created more jobs and has encouraged more youth to take up farming.

He described the introduction of the scheme as a laudable idea that would secure the financial future of Ghanaian cocoa farmers.

Mr. Ofori Annye who is also a member of the Board of Trustees of the Cocoa Farmers Pension Scheme, representing The Licensed Cocoa Buyers Association of Ghana, stated that the introduction of the application rolled out by COCOBOD known as Cocoa Management System (CMS) will help promote transparency and inclusiveness in the production and supply of cocoa.

The digital management system, among other things, gathers information about every cocoa farmer, farm size and location, and other bio and occupational data, which have been embodied in a unique identification card used by the farmer in all cocoa transactions.

Mr. Alfred Ofori Annye said the use of technology is to help transform and improve operations in the cocoa sector, adding that the use of Geographic Positioning System (GPS) in the mapping, location and measurement of individual cocoa farms would help to identify the productivity levels of each cocoa farm.

Mr. Ofori Annye reiterated that the overall objective is to build more hope in the businesses of the farmer and also give a meaningful future to both the old and the young in the farming sector.

For now, only a person registered as a cocoa farmer with a Cocoa Card issued by COCOBOD through the Cocoa Management System is eligible for enrolment onto the Cocoa Farmers Pension Scheme.

According to COCOBOD, there is no age limit for enrolling on the Cocoa Farmers Pension Scheme. However, a contributor may be eligible to access pensions after contributing for five years.