If its about over-borrowing to govern, then any 'half-wit' could be president — Gabby’s 2015 tweets at Mahama pops up 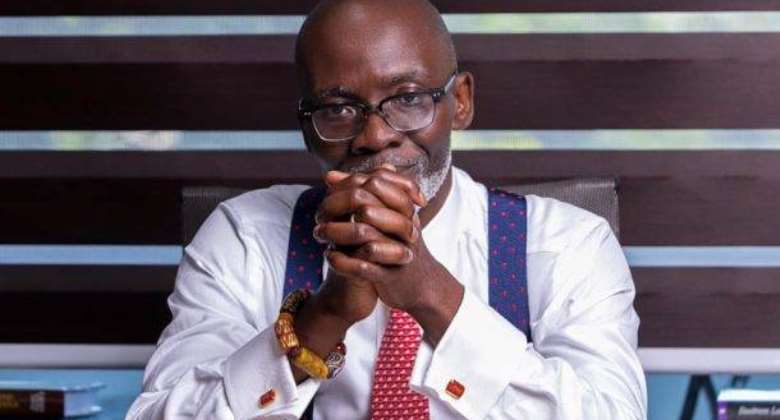 Gabby Otchere Darko, a leading member of the NPP

Two separate tweets by Gabby Asare Otchere-Darko, a leading member of the ruling NPP in 2015 and 2016 have resurfaced.

Then in opposition, Mr. Otchere Darko stated categorically that over-borrowing is not the best way to govern a country.

In his attempt to slam the then Mahama-led NDC government over "excessive borrowing," Gabby categorically stated that if it were to be about borrowing to govern the country, then a "half-wit" could even become President.

"If running an economy was all about borrowing your way into an unsustainable debt hole, then any halfwit could be president," Gabby tweeted on September 14, 2015.

"Moody rates Ghana B3 and negative outlook due to its high debt burden, gross financing needs, and low debt affordability," he wrote.

After numerous unfavourable ratings that have scared away investors, international rating agency Moody's has again downgraded Ghana's credit rating from Caa2 to Ca.

“The Ca rating reflects Moody's expectation that private creditors will likely incur substantial losses in the restructuring of both local and foreign currencies debts planned by the government as part of its 2023 budget proposed to Parliament on 24 November 2022.

“Given Ghana's high government debt burden and the debt structure, it is likely there will be substantial losses on both categories of debt in order for the government to meaningfully improve debt sustainability," a portion of the statement by Moody highlighted.

“The stable outlook balances Moody's assumption that the debt restructuring will happen in coordination with creditors and under the umbrella of a funding program with the IMF against the potential for a less orderly form of default that could result in higher losses for private-sector creditors," the rating firm further explained.

But the finance ministry has launched a debt restructuring programme to help restore the ailing economy.