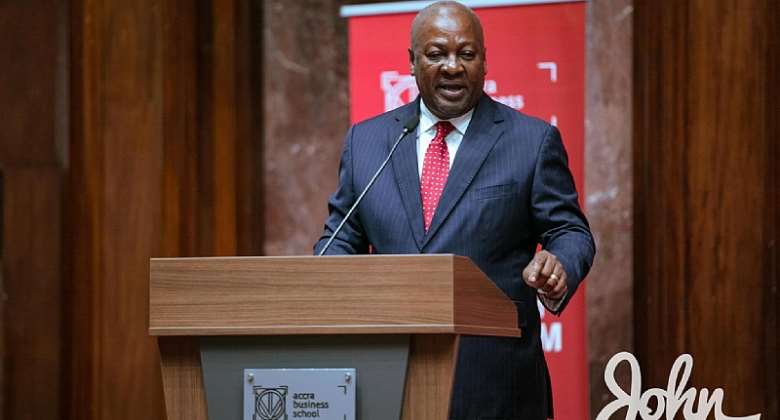 Former President, John Dramani Mahama has shared that investors could potentially lose more money as a result of the Domestic Debt Exchange programme announced by government.

The Minister of Finance, Ken Ofori-Atta on Sunday, December 4 provided an update on discussions on the country’s debt operation programme.

“The broad contours of the Debt Sustainability Analysis has been concluded and I am here this evening to provide some details on Ghana's Domestic Debt Exchange which will be launched tomorrow. External debt restructuring parameters will be presented in due course,” Ken Ofori-Atta said.

He said under the Programme, domestic bondholders will be asked to exchange their instruments for new ones. Existing domestic bonds as of 1st December 2022 will be exchanged for a set of four new bonds maturing in 2027, 2029, 2032 and 2037.

Even before the official announcement was made, ex-President John Dramani warned that it will hurt the local private sector.

“The pending debt operation by the Government is set to worsen the plight of the local private sector. While details have not been made known, Government’s unilateral offer to pay zero interest in 2023 and a suppressed interest of between 5 and 10 percent will further worsen the situation of the private sector,” the leading member of the opposition National Democratic Congress (NDC) said on Saturday, December 3, during the 13th Graduation Ceremony of the Accra Business School.

Mahama added, “A worst-case scenario is the contemplated compulsory extension of maturities on Government bonds and the haircut investors will have to take if they decide to cash out because they can’t wait that long. People have lost value on their investments and could potentially lose even more.”

Meanwhile, Finance Minister Ken Ofori-Atta has assured that Treasury Bills are completely exempted from haircuts and all holders will be paid the full value of their investments on maturity.

“There will be NO haircut on the principal of bonds. Individual holders of bonds will not be affected,” the Minister added.

This is to minimise the impact of the domestic debt exchange on investors holding government bonds, particularly small investors, individuals, and other vulnerable groups, the Finance Minister.