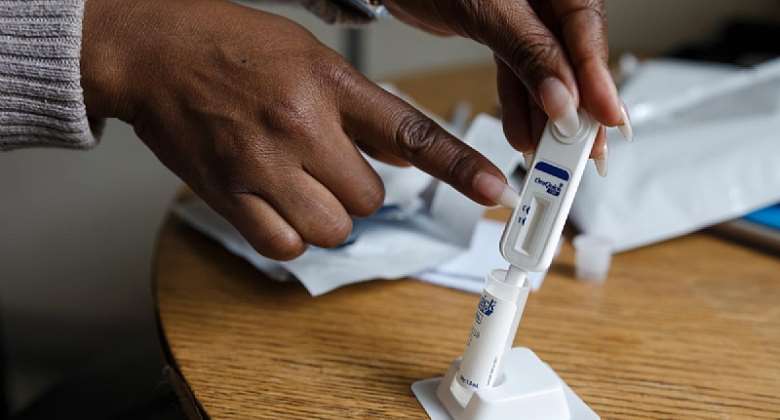 Having claimed around 40.1 million lives so far, human immunodeficiency virus (HIV) continues to be a major global health threat. In 2021, 1.5 million people acquired HIV and 650000 people died due to HIV related causes. Globally, two-thirds of people living with HIV at the end of 2021 were in the World Health Organization (WHO) African Region. Here in Ghana, over 23000 people tested positive for HIV from January to June this year, a figure described as too high by the National Aids Commision.

The commission called upon all stakeholders to intensify HIV education while the National Sexually transmitted Infections (STIs) and HIV/AIDs Control Programme (NACP) implored people to take HIV testing seriously to be self-aware of their HIV status.

The recorded increased in new infections signal a wake up call to all stakeholders that peoples’ sexual behaviour and risk perceptions towards the disease have changed greatly in the wrong direction suggesting that we need to change the old strategies of doing things and be more innovative on education and HIV testing. Over the years, various interventions such as antenatal clinic-based testing for expectant fathers, workplace testing, community-based testing, home based testing, and self-testing have been rolled out to determine their effectiveness in encouraging people especially men to get tested for HIV. Some of these interventions can be implemented effectively with a local thinking approach.

But the most promising of all these interventions is HIV self-testing. In this era of technological advancements, combating HIV and other STIs by testing to know your status is not only limited to availing yourself at the clinic or hospital. HIV self-testing is overcoming barriers to testing and contributing greatly to reaching people living with HIV but are undiagnosed.

What is HIV Self-testing?
HIV self-testing is a process in which an individual collects their own specimen, usually oral fluid or blood using a simple rapid HIV test and performs the test which allows for the screening of HIV-1&2 antibodies or HIV antigen (p24 antigen) and interprets the results for themselves when and where they want.

In 2016, the WHO recommended HIV self-testing as a safe, accurate, convenient and effective option to reach people who are less likely to test due to one reason or the other. HIV self-testing permits lay users to carry out the test reliably and accurately to achieve results comparable to that of trained healthcare professionals. HIV self-testing has received policy endorsements worldwide and its implementation is growing rapidly especially in the developed countries.

According to the WHO, in 2018, 59 countries globally had already taken up HIV self-testing, and in addition 53 other countries were in the process of developing policies to embrace HIV self-testing. In Africa, countries like South Africa, Malawi, Zimbabwe, Zambia, eSwatini, and Lesotho, HIV self-testing is picking up at a faster rate and improving HIV service outcomes thanks to efforts aimed at reducing the cost of HIV self-testing and increasing awareness regarding testing and linkage to care. HIV self-testing can help to scale-up HIV testing in high-risk groups or areas.

Among those people living with HIV who knew their status, 75% were accessing sustained ART of which 68% were virally suppressed. According to the Ghana Aids Commission, 71% of people living with HIV know their status and almost all (99%) people diagnosed with HIV infection have been linked to care services and are receiving sustained antiretroviral therapy resulting in 79% virally suppressed.

HIV medicine which is called antiretroviral therapy, or ART is available and very effective. All people with HIV are recommended ART regardless of how long they have had the infection or how healthy they are. If administered or taken as prescribed, ART can reduce the amount of HIV in the body referred to as viral load to a low level which keeps the immune system functioning and prevents illness. This is called viral suppression which can be defined as having less than 200 copies of HIV per millimeter of blood. ART can make the body achieve undetectable viral load which means that the viral load is so low that a standard laboratory test can’t detect it. Achieving a suppressed viral load to undetectable limits is the best thing for people infected with the disease to do to stay healthy. Not only does a suppressed viral load prevent illnesses and makes you live normal healthy life, but it also prevents transmission to others through sex or syringe sharing, and from mother to child during pregnancy, birth, and

breastfeeding. The only way to determine your HIV status is by testing. Knowing your HIV status helps you to make informed decisions to stay safe and healthy. Self-testing can enhance preventive measures and facilitate access to care and treatment towards suppressed viral load and healthy life.

Since 71% of people living with HIV in Ghana know their status, how many men and women or subpopulation share the 29% of the undiagnosed people living with HIV? In Ghana, it is highly likely that men contribute the greater percentage of undiagnosed people living with HIV. Research has shown that men are less likely to be self-aware of their HIV status compared to their female counterparts. Some reasons opined by researchers are that women are more willing to know their status and are more exposed to HIV screening services when they access antenatal care. Generally, HIV testing uptake remains low among men. However, research in sub-Saharan Africa has shown that HIV self-testing is highly acceptable to men and that challenges such as stigma, discrimination and confidentiality are overcome. If you are married or live with your partner, have multiple partners, having unprotected sex, commercial sex worker, gay, or lesbian knowing your status is very important to protect you and your partner(s). The sooner you know your HIV status the better. Think about this, if you do not know your status and you are living with HIV, you risk transmitting the infection to your HIV-negative partner and your unborn child. You can easily avoid this situation if you know your status and seek professional advice. HIV testing, and self-testing for that matter is an important trajectory to start with towards HIV prevention and access to treatment services. Self-testing gives you a step ahead of the disease and makes you smarter and wiser as far as your health is concerned. Some people who don't want to test for HIV think they are not at risk of contracting HIV, but studies have shown that those who test positive for HIV were not aware of their risk. That is why in most jurisdictions it is recommended that everyone between the ages of 13 and 64 get tested at least once in a year as part of routine health care. You should also get tested more often if you do things that might increase your risk or exposure to contracting HIV.

What does your HIV self-test results mean?
Note that HIV self-testing serves to provide urgency towards knowing your status, enhancing preventive measures, and linkage to care, but does not provide a definitive HIV positive diagnosis.

A reactive (often incorrectly described as ‘positive’) HIV self-test does not necessarily mean that you have a positive HIV diagnosis. It is not a confirmed positive test. Therefore a reactive HIV self-test results should be followed by further testing by a trained healthcare professional to confirm your status. A confirmed positive diagnosis should not stress or confuse you because there are some important things you should know to ease your feelings. It is not a death warrant if you test positive for HIV because highly effective HIV medicines are available to help you live a long and healthy life. Also, a confirmed positive diagnosis does not mean you have or will get AIDS. (AIDS is the stage when your immune system is badly damaged by the virus, that is why early diagnosis is crucial).

A non-reactive (negative) HIV self-test results should be considered and there is no need for urgent further testing if it has been three months since you have had a risk event. However, there is an exception for those starting pre-exposure prophylaxis (PrEp) because HIV

self-testing cannot replace schedules for HIV testing for people starting or already taking PrEp. You should also regularly test for HIV if your HIV self-test result is negative, and you engage in risky sexual behaviours or syringe sharing. Keep in mind that HIV is preventable and seek preventive HIV services if you are not up to date with preventive measures to protect yourself and your partner(s). 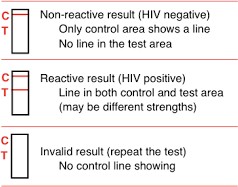 Scenarios in which HIV self-test may be inaccurate

(This information is intended as a guide only. Decisions regarding your treatment should always be taken in consultation with your doctor or healthcare provider).

Authored by Niadawe Ismael Issaka ([email protected]). The author is a Global Health professional and a member of the Royal Society of Tropical Medicine and Hygiene with keen interest in mitigating the impact of HIV, malaria, tuberculosis and antimicrobial resistant infections.