I sold my virginity to a fetish priest for money, now my vagina stinks — Lady cries for help 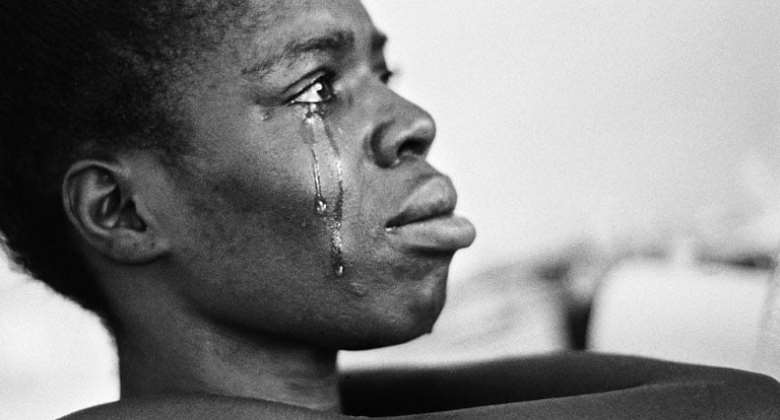 For the love of quick money and influence, a lady whose name is placed on ice has confessed to her source of wealth.

She revealed that she sold her virginity to a certain fetish priest in the northern part of the country in exchange for riches.

Speaking in an interview on Accra-based TV3’s confession show, she claims she was introduced to the said fetish priest by her friend, who made same sacrifice and was already enjoying life.

“We had this friend that was living a very luxurious life. She was rich. She was comfortable and looked good. We were envious and kept asking how she managed that kind of life. And she told us that she visited the Northern Region and did some purifications after the money started coming in,” she disclosed.

She added, “There were incantations here and there in the name of purification. However, on the seventh day, the fetish priest told me there was one last thing I had to do to seal the purification process.

“I had to sleep with the fetish priest, considered the seal. As a virgin, it was quite painful to think that will be my first time, but I gave in.”

According to the woman who has been suffering from a bad odour from her private part, she was told by a man of God to give away all her wealth before she can be freed.

She is however reluctant for fear of going back to poverty.

“I happened to be at a church program, and the pastor told me that it was because I slept with the fetish priest that is the source of the odour. He gave a solution. He said that if I was ready to let go of all the wealth I had acquired, every single thing, the odour will go away.

“But I have been enjoying the money. Life has been comfortable. I don’t want to go back to struggling, and I can’t live with this odour for the rest of my life. What do I do?” she cried out.