Economic crisis: We are all in this together and we intend to get out together – Ken Ofori-Atta 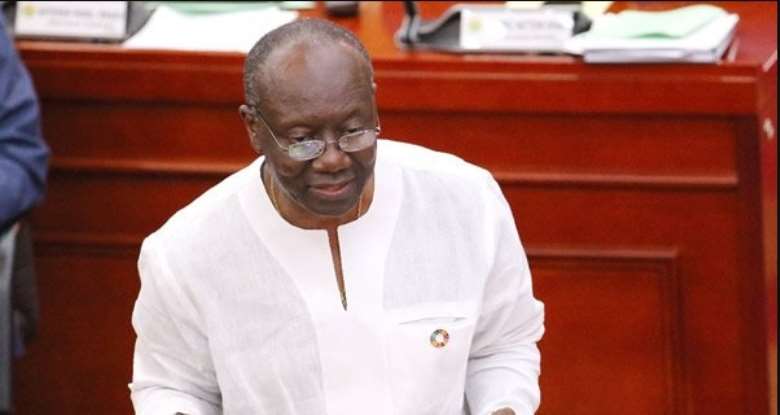 The Minister of Finance, Ken Ofori-Atta has given the assurance that government is committed to ending the current economic crisis to put the economy back on track to foster development.

Addressing the media at the Ministry of Information on Monday, December 5, the Minister called on Ghanaians to rally behind the government to come out of the current crisis.

“We are all in this together and we intend to get out together. I want to assure you of government’s commitment to do what is needed to achieve debt sustainability to put the economy back on track.

“Together we can beat this,” Ken Ofori-Atta told the media.

The Minister said under the Programme, domestic bondholders will be asked to exchange their instruments for new ones. Existing domestic bonds as of 1st December 2022 will be exchanged for a set of four new bonds maturing in 2027, 2029, 2032, and 2037.

According to the Finance Minister, the government is keen on restoring macroeconomic stability in the shortest possible time.

“Our commitment to Ghanaians and the investor community, in line with negotiations with the IMF, is to restore macroeconomic stability in the shortest possible time and enable investors to realize the benefits of this Debt Exchange,” Ken Ofori-Atta said in a statement on Sunday.

As part of efforts to minimise the impact of the domestic debt exchange on investors holding government bonds, particularly small investors, individuals, and other vulnerable groups, the Finance Minister has assured that Treasury Bills are completely exempted from haircuts and all holders will be paid the full value of their investments on maturity.

“There will be NO haircut on the principal of bonds. Individual holders of bonds will not be affected,” Ken Ofori-Atta added.

Turkey earthquake: Christian Atsu yet to be found
22 minutes ago