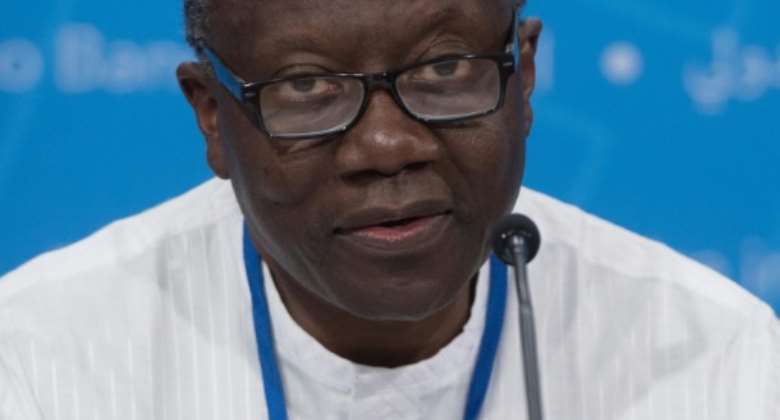 Ghana offered investors a domestic debt swap on Monday to ease a crunch in payments as the government negotiates an IMF bailout during its worse economic crisis in decades.

The West African state is in talks for up to $3 billion in credit from the International Monetary Fund to help shore up its public finances.

Inflation is at more than 40 percent and the cedi currency has lost 50 percent in value this year, helping push up debt by $6 billion in 2022.

As part of IMF negotiations, Ghana's government is seeking to make its debt more sustainable after facing warnings about the risks of it defaulting on obligations.

"Our commitment to Ghanaians and the investor community, in line with the negotiations with the IMF is to restore macroeconomic stability in the shortest possible time," he said.

A foreign debt restructuring programme would be presented later, he said.

Ghana, a top cocoa and gold producer, has oil and gas reserves but its debt payments are high and its revenues weak. Like the rest of Africa, it has been hit by economic fallout from the global pandemic and the Ukraine war.

Ofori-Atta said the government had worked to minimise the swap impact on investors holding government bonds, especially small investors and other vulnerable groups.

There will be no "haircuts" on principle value of bonds, he said.

The minister said the government recognised banks and financial institutions hold a large amount of local government debt, but regulatory agencies and the central bank would help ease the impact on them.

"These are difficult times and we count on the support of all Ghanaians and the investment community to make this exercise successful," he said.

President Nana Akufo-Addo and his economic team have come under growing pressure over the crisis, after the government earlier this year did a U-turn and said it would go to the IMF for help.

Lawmakers have moved to censure Ofori-Atta over his economic performance and parliament is still reviewing that motion.