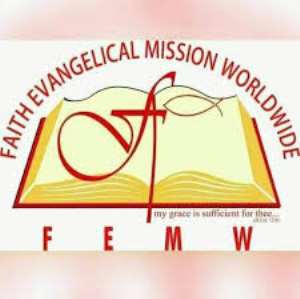 The event which took place last weekend at the church premises in Accra attracted huge patronage.

The late Chief Bishop Isaac Rex Noi who played vital and instrumental roles in the establishment of the church was hugely celebrated across the country in the early 80s.

Speaking at the event, the founder of the Victory Bible Church International, Bishop Nii Apiakai Tackie-Yarboi eulogized the late Rex Noi as an epitome of grace and humility.

He said he was compared to none during his hay days as a man of God. He revealed that Isaac Rex Noi lived an exemplary leadership and was loved by many.

The chairman of the anniversary committee, Mr. Albert Opoku Amoah in an interview with this portal stated that the blessings of the Lord has been enormous adding that the committee would put in place measures to ensure the successful celebration of the event.

He, however, added that they would collaborate with leaders, corporate institutions and members of the church to achieve their target.

"Celebrating 50 years as a church is not easy but God has been faithful to us. I believe that the launching of the logo has more things to come. The committee is yet to sit together, put plans together to launch the anniversary itself, " he said.

"Financially, we are not there but we hope and believe, now that the mantle has been given to us I believe that we put our heads together, go to corperate institutions where they have CSR and once we get there their doors will be opened to us and by December next year we will have a lot of people onboard to celebrate with us. I hope and pray," he added.

The newly appointed leader of the FEMW, Chief Bishop Harley Neequaye also revealed strategic plans to be executed in order to keep the image of the church on the highest pedestal.

He reiterated the need for the establishment of pastors' retirement residences to reignite the passion of Christ introduced by their late founder, Rex Noi.

He also urged the members and Ghanaians to continue upholding the torch of stewardship in all endeavors.

Chief Bishop Harley Neequaye also stated that the new leadership of the church will continue to thrive on the vision and fundamentals on which the church was established.

The 50th anniversary celebrations has been scheduled for December 2023.