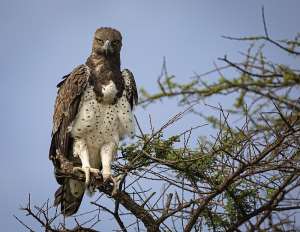 It was once regarded as a miracle chemical to protect against disease and improve global food production. The man who discovered its properties even won a Nobel Prize for medicine . But today, dichlorodiphenyltrichloroethane (DDT) is best known for its devastating effects on the environment, as well as on animal and human health.

It was first used in the second world war to protect Allied soldiers against malaria and typhus, which are spread by mosquitoes and body lice. After the war, DDT became a widely available pesticide to kill insect crops pests and insects causing disease in humans.

However, it became clear that DDT was toxic to more than its intended targets. Continued exposure to the chemical can cause neurological damage, endocrine disorders and reproductive failure in both humans and animals.

Awareness of this damage was in no small part due to Rachel Carson's book Silent Spring , published in 1962. Silent Spring brought global attention to DDT's environmental impacts and sparked a public outcry that forced much of the developed world – the “global north” – to ban the use of DDT in the 1970s and 1980s.

In 2004 the Stockholm Convention on Persistent Organic Pollutants – those that stay in the environment for a long time after use – was adopted by over 90 nations. DDT was among the most dangerous pesticides, industrial chemicals and by-products placed on the convention's “dirty dozen” list, and was banned in most parts of the world.

Two years later the World Health Organization recommended the restricted use of DDT to control malaria. It remains in use for this purpose in various tropical countries in Asia, Africa, and South and Central America. Its use here doesn't just put human health at risk: top predators, among them birds of prey (also referred to as raptors), are threatened too.

Birds of prey as sentinels

Birds of prey or raptors are often apex predators, sitting at the top of the food chain. As such, they can act as an “ecological baraometer”, helping us gauge the health of the environment. In addition to their value as indicator species, they provide valuable ecosystem services, controlling pest animals such as rodents and removing carrion from the environment, potentially reducing the spread of disease.

Because DDT accumulates in wildlife and magnifies up the food chain many raptor populations were nearly wiped out by its use. However, this bio-accumulation also means they have the potential to serve as a useful indicator to monitor levels of DDT in the environment. Thus, raptors can be regarded as sentinels for DDT.

There has been extensive monitoring of DDT in raptors by conservation agencies and academics across the globe for the last 60 years. But no study has looked at the patterns emerging from these monitoring programmes, nor compared these patterns through space and time. Our new study fills that gap.

We found that DDT monitoring in raptors is heavily biased toward the global north. Europe and North America account for 95% of samples. This is a concern because most DDT use is currently in the global south, as are most raptor species.

We found that DDT has been measured in over 27,000 raptors across more than 100 species. The numbers of birds sampled peaked in the 1960s and 1970s, an increase that coincided with international concern surrounding DDT.

However, just three species account for half of all raptor samples collected: bald eagle, Eurasian sparrowhawk and peregrine falcon. Only the peregrine falcon occurs on all continents, but have been sampled far less in Africa, Asia, Central and South America than Europe and North America. The Eurasian sparrowhawk is also found in Asia but similar to the peregrine has been sampled far less frequently there than in Europe.

The geographical one-sidedness we've identified can likely be linked to a dearth of available funding, appropriate infrastructure and the necessary training in global south nations.

And it's worrying for three reasons.

First, most current DDT use is in the global south because of the chemical's role in malaria control.

Second, the region is home to most of the world's raptors. Most raptor species come from South and Southeast Asia, followed by sub-Saharan Africa and South America. The tropics in particular (mostly in the global south) display the highest raptor diversity. There are also many declines of species in these regions .

Third, many countries in the global south are notoriously poor enforcers of environmental legislation.

Even with better enforcement, global north countries are not always good at protecting their environments. It was only when peregrine falcons were wiped out from many regions of the UK and the US – in the late 1950s to mid 1960s – that their governments finally acted by banning DDT.

As more data are being gathered and collated to develop a clearer picture of DDT levels among raptors in the global south, countries in the region might learn from the US and UK measures and prepare similar programmes to start monitoring DDT levels in their raptor populations in a more systematic manner.

Our research is a critical first step in consolidating the uneven information on the global monitoring of DDT. The next step will be to compare how DDT levels in raptors from tropical regions still using DDT compare to levels in raptors from more temperate regions where DDT has long been banned. We are currently working on that research.

As more data becomes available and a clearer picture is created, we hope governments will feel compelled to act to ensure we do not face a second “Silent spring”.

Chevonne Reynolds does not work for, consult, own shares in or receive funding from any company or organisation that would benefit from this article, and has disclosed no relevant affiliations beyond their academic appointment.

Chevonne Reynolds, Senior Lecturer, University of the Witwatersrand And