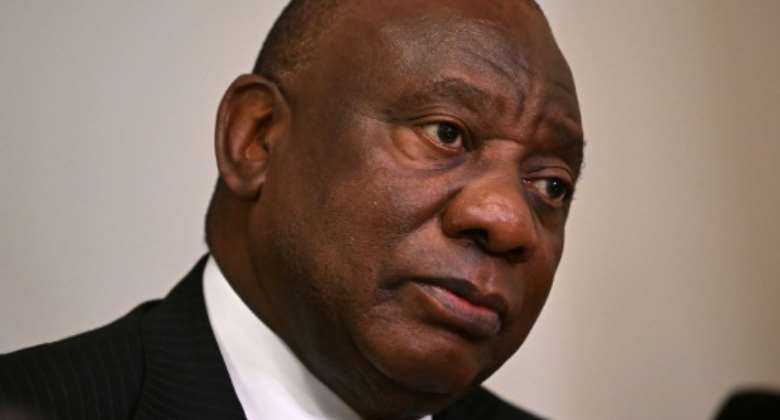 South Africa's ruling party is set to resume talks on Monday on the future of President Cyril Ramaphosa, who is embroiled in a scandal that has put his presidency at risk, it said.

Pressure mounted this week for Ramaphosa to quit or be forced from office over a cash burglary at his farm which he allegedly covered up.

The African National Congress (ANC) initially said on Saturday morning it would hold a "special session of its National Executive Committee" on Sunday. It then said the meeting had been postponed to Monday morning.

The party leadership met briefly in Johannesburg on Friday before telling journalists it would look more closely at the facts of the case against the president.

Ramaphosa has been under fire since June, when a former spy boss filed a complaint with the police alleging that he had hidden a February 2020 burglary at his farm in northeastern South Africa from the authorities.

He allegedly organised for the robbers to be kidnapped and bribed into silence.

Ramaphosa said a vast sum of cash stashed at the farm was payment for buffaloes bought by a Sudanese businessman.

The scandal has cast a shadow over Ramaphosa's bid to portray himself as graft-free after the corruption-stained era of his predecessor, Jacob Zuma.

A report submitted to parliament this week concluded Ramaphosa "may have committed" serious violations and misconduct.

It will be examined by parliament on Tuesday.

That debate could open the way to a vote on impeaching Ramaphosa -- a term that in South Africa means removal from office.

Ramaphosa has denied any wrongdoing.

The president has not been charged with anything at this point, and the police inquiry is ongoing.

But the scandal, complete with details of more than half a million dollars in cash hidden under sofa cushions, has come at the worst possible moment for him.

On December 16, he contests elections for the ANC presidency -- a position that also holds the key to staying on as national president.

The South African press remained confident on Saturday that Ramaphosa would remain in office. The president is popular with the public -- more so than the ANC.