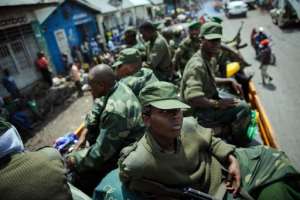 Amnesty International calls on the Mouvement du 23 Mars (M23) armed group to cease targeting civilians following the unlawful killing of dozens of civilians in towns in the east of the country in recent days in indiscriminate attacks and, in some cases, summary killings.

Those killed during attacks in and around the communities of Bambo and Kishishe, among others, between November 28 and December 1 included elderly men and children.

Flavia Mwangovya, Amnesty International’s Deputy Director for East Africa, the Horn and Great Lakes region said: “The M23 rebel group must immediately end deliberate and indiscriminate attacks on civilians. We urge all forces in the area, including the Congolese army and the East African Community Regional Force, to take all necessary measures to protect the civilian population while respecting international humanitarian law.

“Even if M23 had assumed that some of the civilians it captured were fighters of another armed group, M23 should have treated them humanely as prisoners. They should not have been killed. The deliberate killing of captives – whether civilians or fighters -- is a war crime. Indiscriminate attacks that kill or injure civilians are also war crimes. These killings and other human rights abuses must be investigated, and perpetrators must be made accountable. Parties to this conflict must adhere to international humanitarian law and send a clear message to those under their command that war crimes and other abuses will not be violated.”

“All forces have an obligation to protect civilians in this conflict. They should take every feasible precaution to ensure their own actions do not cause further harm to civilians, including avoiding, to the maximum extent feasible, the deployment of military forces or equipment within densely populated civilian areas.”

The M23 rebel group sprung from elements within the Congolese army in 2012, claiming to defend the rights of the Congolese Tutsi ethnic group.

The group was defeated by the Congolese army and the UN Force Intervention Brigade in November 2013, and its members fled to Rwanda and Uganda. In November 2021, the group began operating again in North-Kivu province with support from the Rwandan army, according to a leaked report in June 2022 from the UN Group of Experts. After a truce, fighting resumed in October between the M23 and the Congolese army, with M23 managing to capture much of the Rutshuru area of North-Kivu.

Although fighting with the Congolese army and M23 has abated in the last two weeks, clashes have been regularly reported between the M23 and other armed groups, including the FDLR.

Talks between the DRC government and Congolese armed groups, known as the Nairobi Process, under the auspices of the East African Community, resumed this week in the Kenyan capital Nairobi. M23 was not invited, with the Congolese authorities setting as a prerequisite for talks the group’s withdrawal from all the areas it has occupied since November 2021.

The impact of M23's resurgence on civilians has been dire, with dozens killed and more than 200,000 displaced since October.