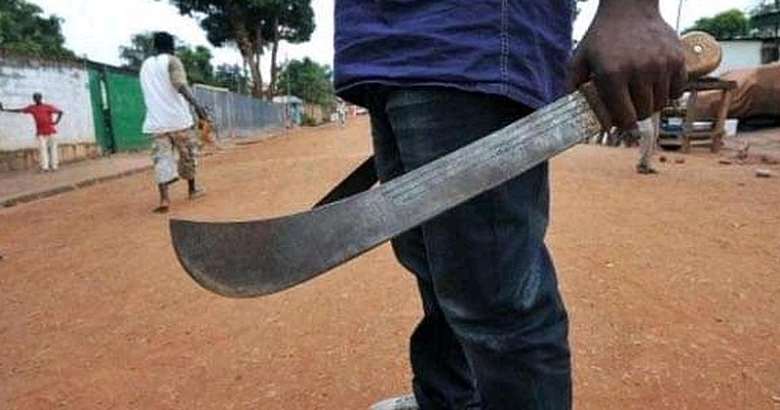 A 22-year-old man, Alex Tengeh has been arrested by the police in Koforidua after beheading his grandfather and stepmother at Okorase, a community in the Abuakwa North Municipality in the Eastern Region.

It is unclear what triggered his actions but Alex Tengeh who is not known to have any mental health issues according to residents told the police in his statement that he was allegedly introduced to a weed candy prior to his unfortunate action.

According to eyewitnesses, the 22-year-old was seen strangling a young lady with his bare hands around 9 pm on Thursday, a few meters from their home.

The father of the young lady Kofi Amponsah who heard the screams of her daughter hurriedly came to her rescue and moved her to lodge a complaint with the police.

Tengeh upon fleeing the scene moved to his own home in the absence of his father, attacked his grandfather and beheaded him in bed. He later chased his stepmother who was coming to the rescue of his grandfather and subsequently butchered her to death.

When Citi News got to the family house, neighbours in the area had gathered, grieving the unfortunate incident.

A neighbour, Madam Comfort Ofori, narrowly escaped death after refusing to open the door for Alex when she heard screams of his grandfather shouting for help.

The residents are terrified and want the police to intensify their visibility day and night in communities to avoid similar occurrences.