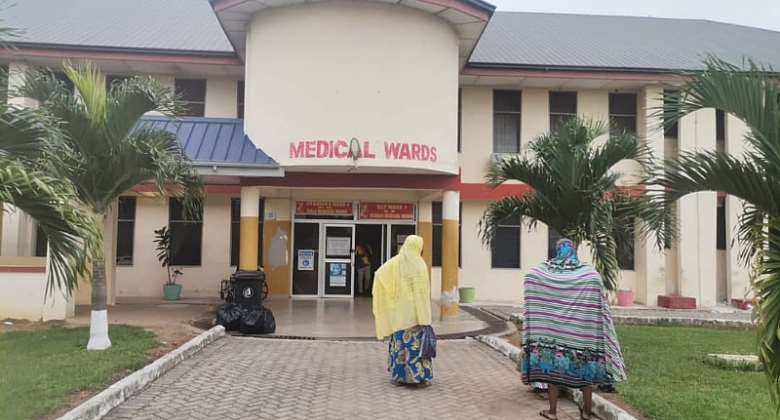 Patients at the Manhyia Government Hospital in the Ashanti Region have been left stranded following an industrial action by nurses at the facility.

The Ghana Registered Nurses and Midwives Association GRNMA in the Ashanti Region on Friday December 2,2022 began a strike to protest government’s failure to sack the Ashanti Regional National Service Scheme Director, Alex Opoku Mensah for verbally abusing a nurse at the facility.

This reporter observed that, the usual busy scenery at the hospital was absent, as nurses observed full compliance of the strike.

The few nurses seen to be attending to outpatients were those on a night shift prior to the declaration of the industrial action.

Many outpatients who reported to the facility for treatment were however advised to go back and seek treatment elsewhere.

The District Chairperson for KMA chapter of the GRNMA Joseph Obeng Tuffour was at the hospital to ensure compliance of the strike.

He disclosed that, over 360 nurses and Midwives at the facility have laid down their tools adding the facility will be grounded if nothing is done about the situation.

He acknowledged that, the situation is unfortunate but blamed authorities for the development.

He added that their members will remain on strike untill Mr Opoku Mensah is sacked.